I was very sad to leave New Zealand Wednesday. After spending the last 3 weeks there, I feel like I barely scratched the surface. Even with three lifetimes it would be difficult to give it photographic justice. With each passing hour the landscape changes in unique and interesting ways, transforming every moment into something breathtaking. Whether warm and sunny or cold and foggy, the New Zealand Landscape is breathtaking.

Saying that, as a photographer I fear that all the post processing in the world wont be able to convey the emotional magnitude of witnessing New Zealand in person. Hopefully out of this mountain of unprocessed photos I have on my computer, at least one will have made the effort worth while.

One thing that was quite nice about leaving was getting to see Air New Zealand’s new safety video starring Richard Simmons. Yes, you read that correctly. I had no idea he was an international star. I always thought he was our (USA’s) dark little secret.

This is an extremely popular view of Queenstown, New Zealand. In fact, it’s also one of the most common (and iconic) photos of New Zealand.

It’s no wonder why it is. Getting here is a simple matter of taking the Skyline Gondola to the top. It’s only 25 kiwi, and well worth it. You can also do it the hard way and walk to the top. — Let me know how that works out for you because I’ll be at the top 25 bucks lighter, sipping on a (double) espresso. I’m cheap, but not that cheap 😉

Anyway, It’s a phenomenal view of Queenstown and Lake Wakatipu. You even get a stunning shot of The Remarkables (mountain range) in the distance. If you hit it during the right time you can even get some white snow on the top of the ridge line. It was a bit chilly last week but I guess not chilly enough. Snow capped mountains would have looked great in this photo.

With such simple access to this lookout, the tricky bit was managing all the people. Absolutely nobody complained about me setting up a tripod and waiting for the right lighting. The issue was the vibration from all the foot traffic. With these long exposures, I had to take the exposure brackets when nobody was near me, or else the vibration would render my shots blurry. Luckily enough, it was a crystal clear night with no moving clouds to complicate the post processing. 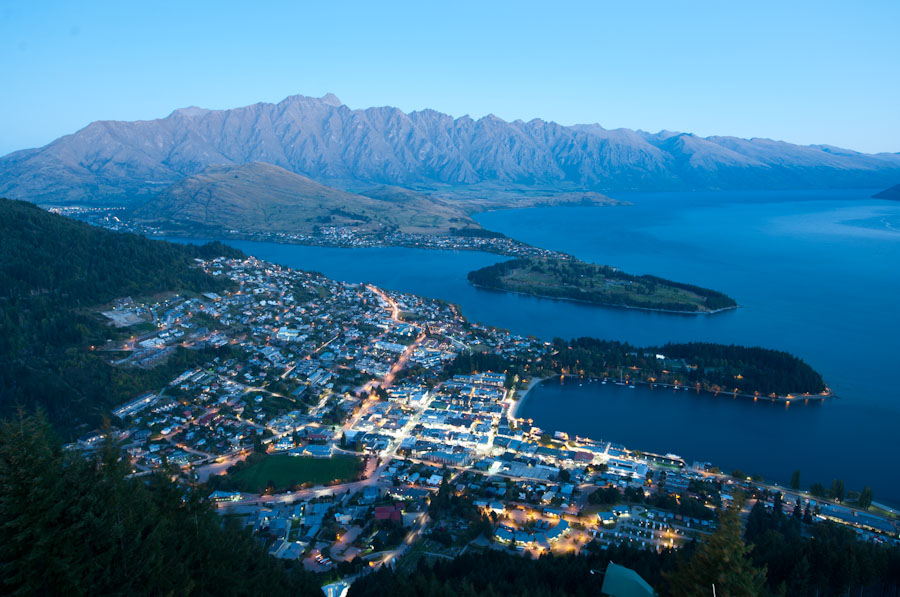 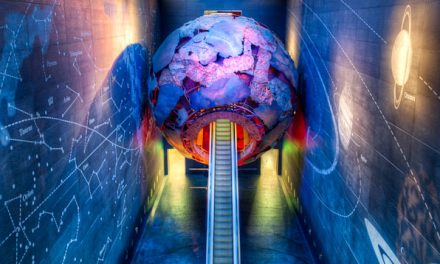