How I Became Involved in Pro Aerial Drone Photography

It’s amazing to think that in just a few short years, drone and UAV technology has evolved into such outstanding heights. And all throughout this time as these little marvels of personal aircraft technology have continued to get more powerful and user friendly, I’ve seamlessly incorporated them not only into my photography and videography, but my 100% location independent lifestyle as well.

Video: How We Used a DJI Phantom to Capture Epic Footage for Photographing The World

I have to admit, when I started seeing what people were posting online from their DJI Phantoms I was really excited about the possibilities of how I was going to adapt it into my workflow. Thankfully, I was almost immediately catapulted into working with a Phantom 2 in production in 7 different countries as I teamed up with Lee Morris and Patrick Hall from www.fstoppers.com to film Photographing The World, the most extensive and ambitious photography education videos ever created.

What’s most interesting about this video—and something we speak very candidly about—is the fact that we were really learning as we go, and bear in mind that we were using a GoPro attached to our Phantom 2 so we had no visual feedback at all in the beginning. However, within the first few days of production in Iceland, we know that the footage we would be able to achieve using DJI technology would be epic.

But my story with Aerial Photography has a real beginning. Let’s start there…

How I First Got Started With Aerial Photography

A few years back—and before drones really hit the market—I decided that I really wanted to get into aerial photography. Shooting from helicopters was the logical choice since unlike a small airplane, you can take the doors off of a helicopter and get great shots from unique angles.

I started making it a point to work with different Helicopter companies all over the world and I have to admit, shooting from choppers is hard work but it’s really fun! 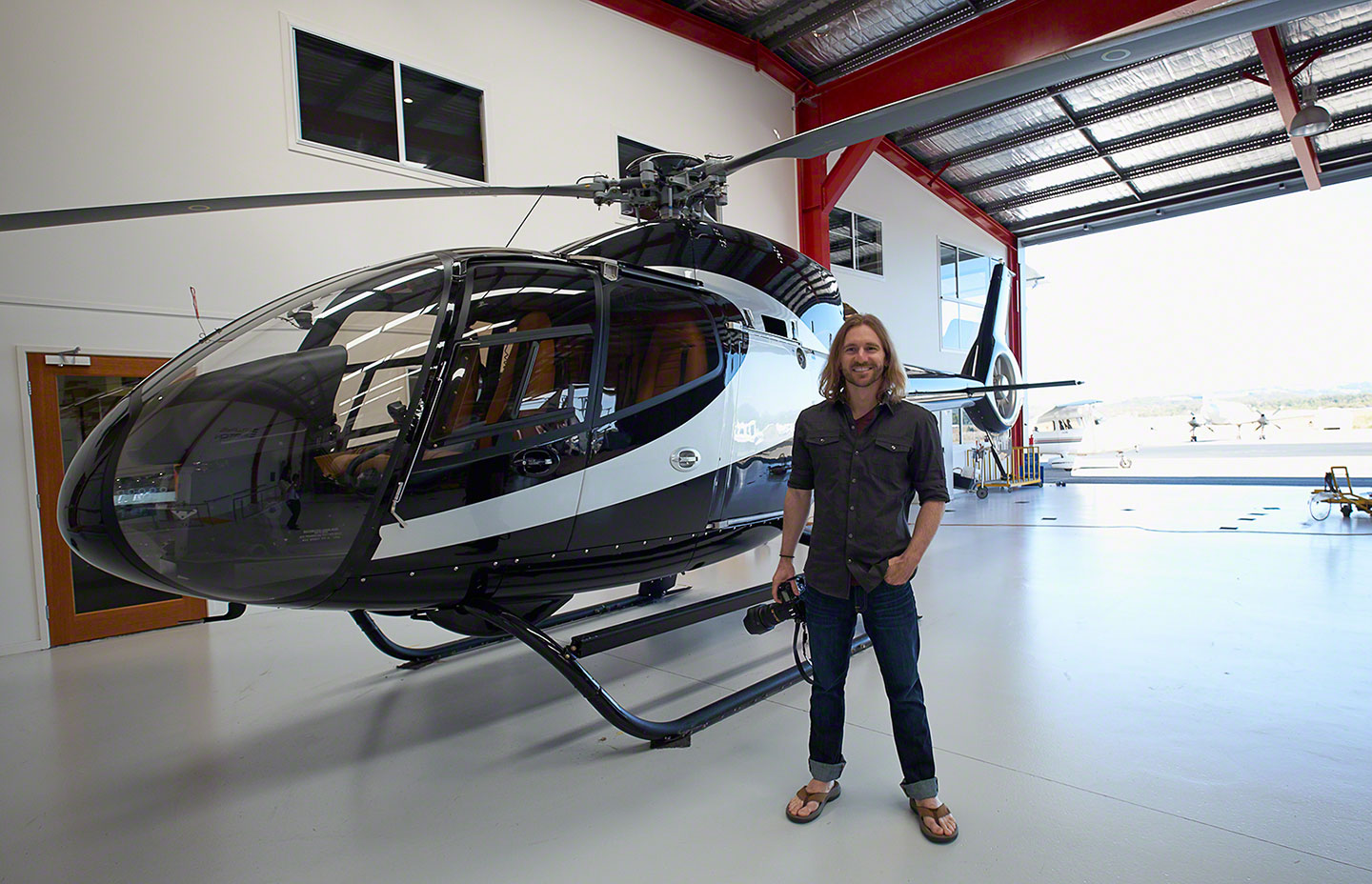 Over a series of different projects in multiple countries, I was starting to build up a decent aerial portfolio. On one flight, I was even able to capture a double rainbow over Surfers Paradise in Queensland Australia. 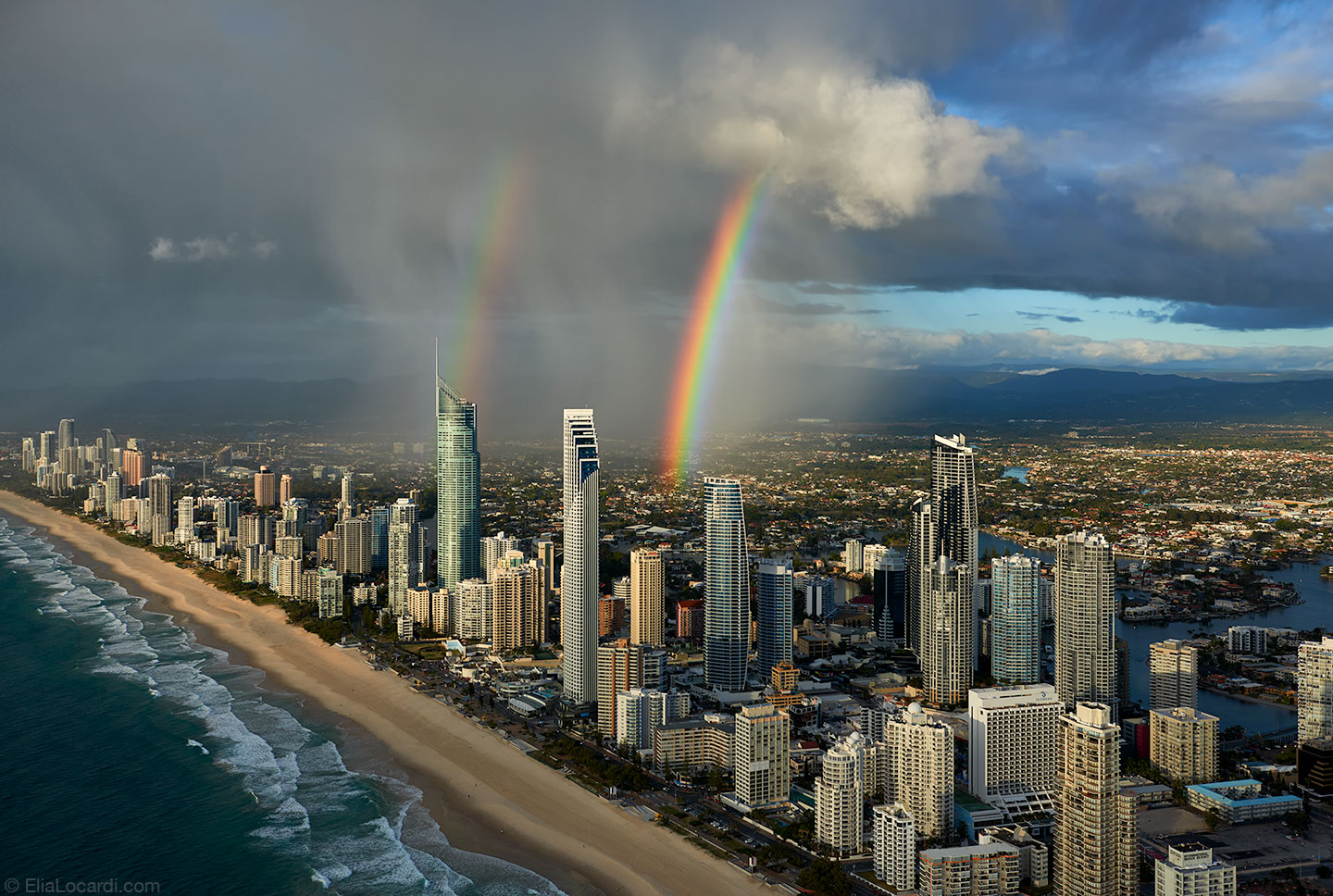 (A double rainbow appears over Surfers Paradise in Queensland Australia.)

The Problem With Aerial (And Helicopter) Photography

So we’ve decided that shooting from a helicopter is pretty bad ass when you’re strapped in with the doors off, right? Right! Here’s the thing – It’s expensive! Like $1,000.00 or more per hour expensive. I knew that I would keep needing to nail contracted work if I wanted to make this avenue of my photography profession a reality.

After Creating Photographing The World, I Was Hooked On Drone Technology

After flying around Iceland, Italy, New Zealand, Cambodia, and Japan, there was no turning back. I was hooked on drone photography (or Low Aerial Photography as the industry is starting to call it), and that obsession kept growing as the technology improved.

What I find most interesting however is that I equally love capturing still images as I do video. My background is in Motion Graphics, VFX, and video production so I have years of experience understanding different camera angles, so a flying camera is a natural extension of that same experience. Similarly with photography, I had already invested a significant amount of time in the air so having the ability to control my aircraft rather than direct a pilot was both powerful and liberating.

I was fortunate to get an early prototype of the Phantom 3 Professional and truthfully, even with all the practice I had with the Phantom 2, this is the aircraft where for me, technology and art finally came together seamlessly. Taking it to Italy, I was able to capture some stunning images from above some of my favorite locations.

It was incredible to see from a first person perspective in real time. 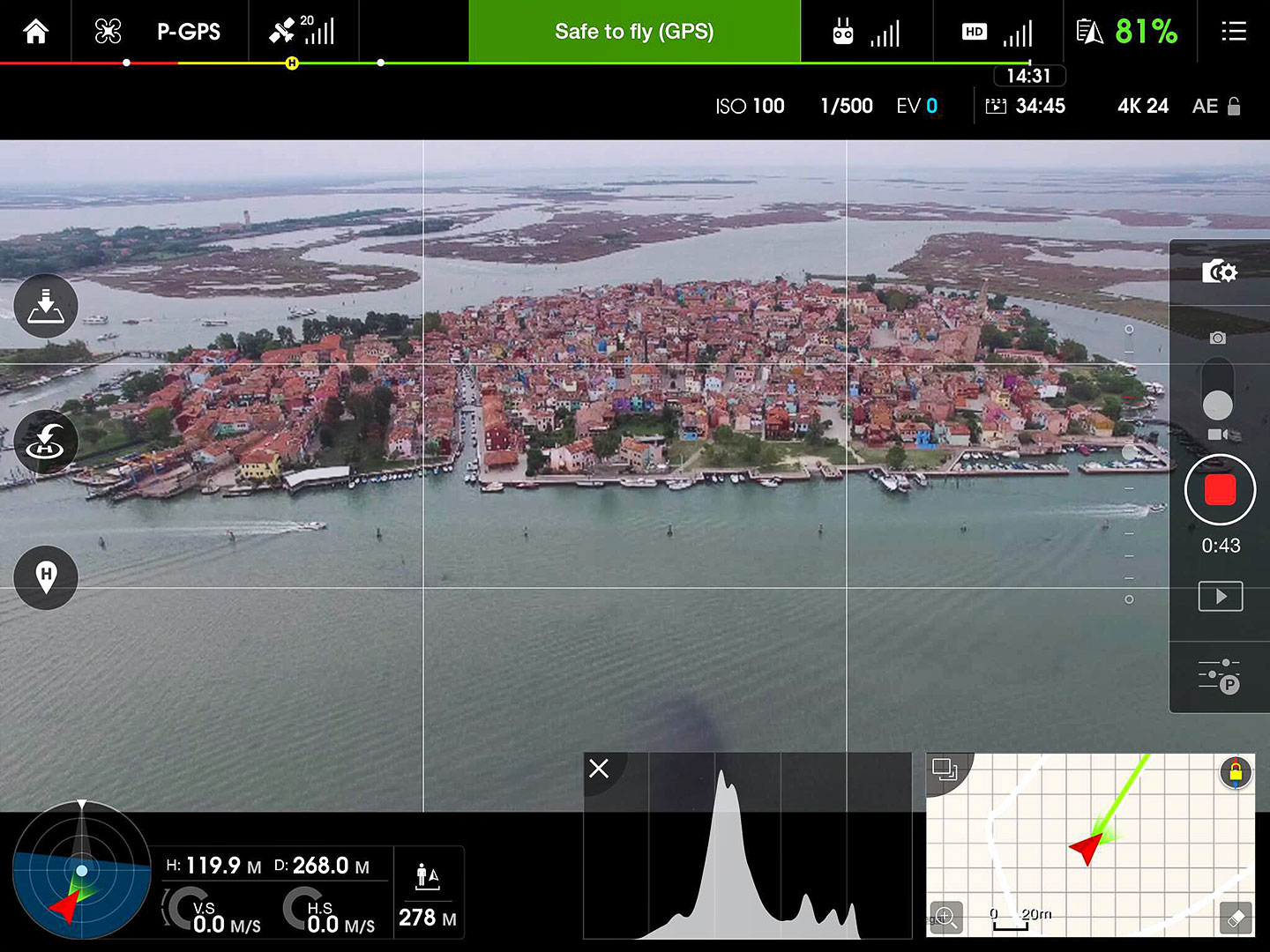 (Flying high above the island of Burano near Venice, Italy.) 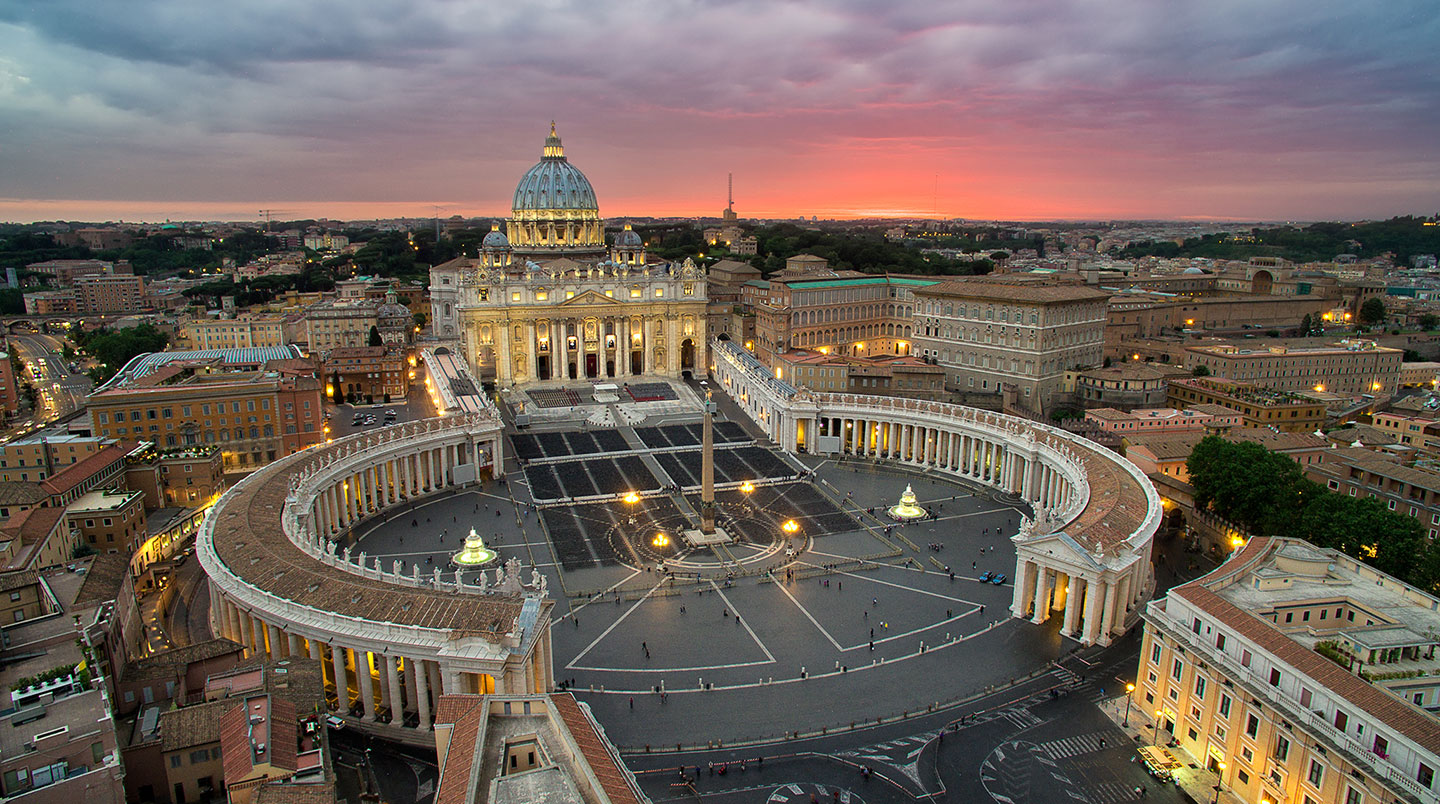 (A spectacular view from above, as the sky lights up behind The Vatican in Rome.) 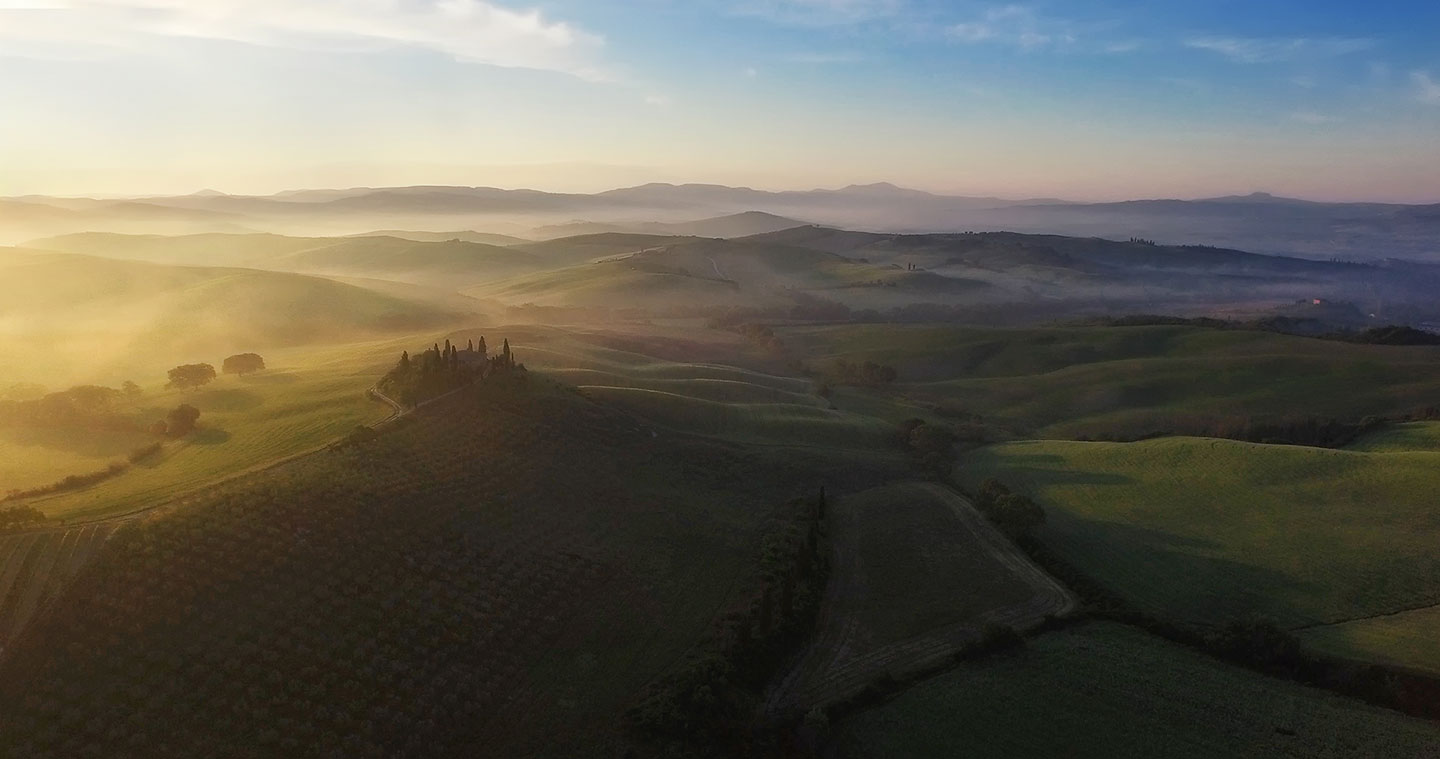 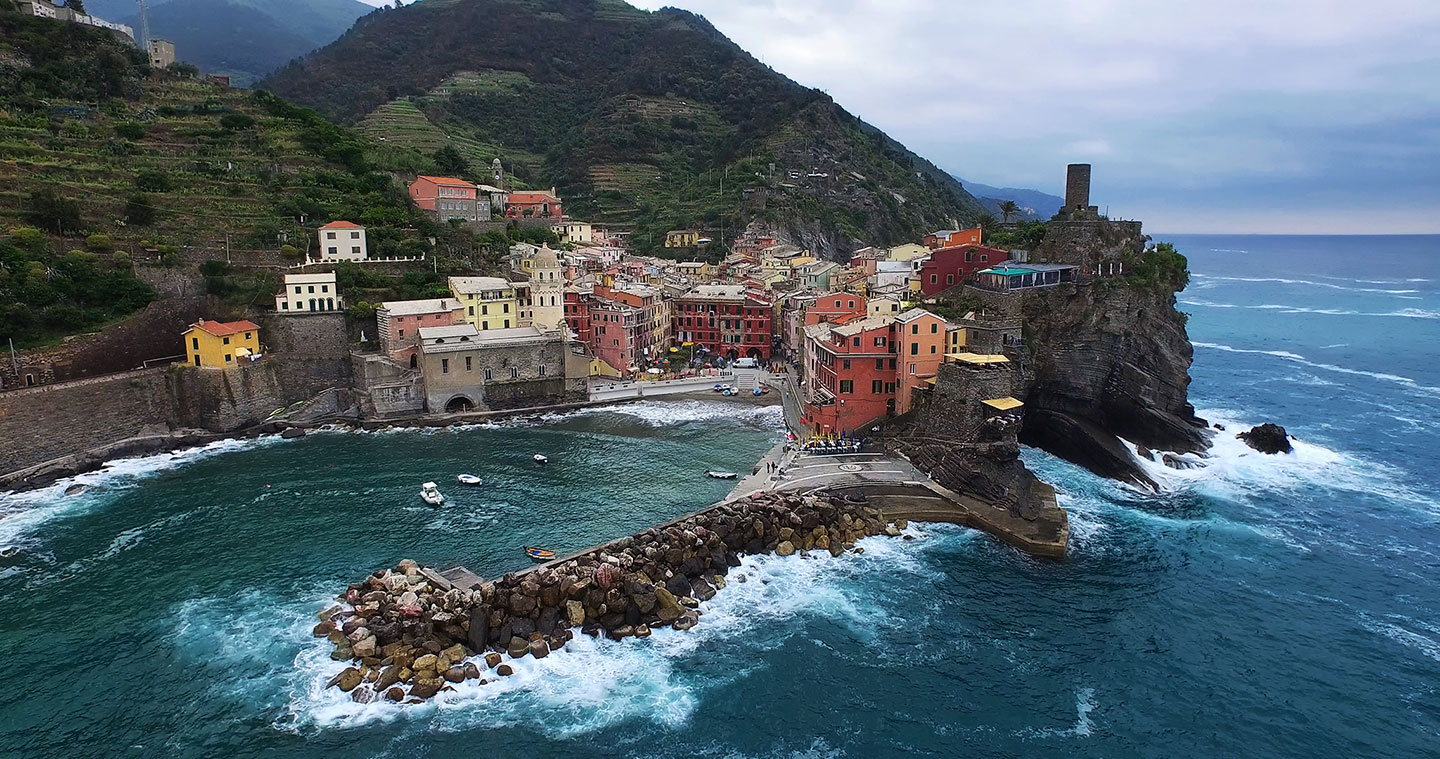 (Stormy seas as waves crash against the harbor of Vernazza in Le Cinque Terre, Italy.) 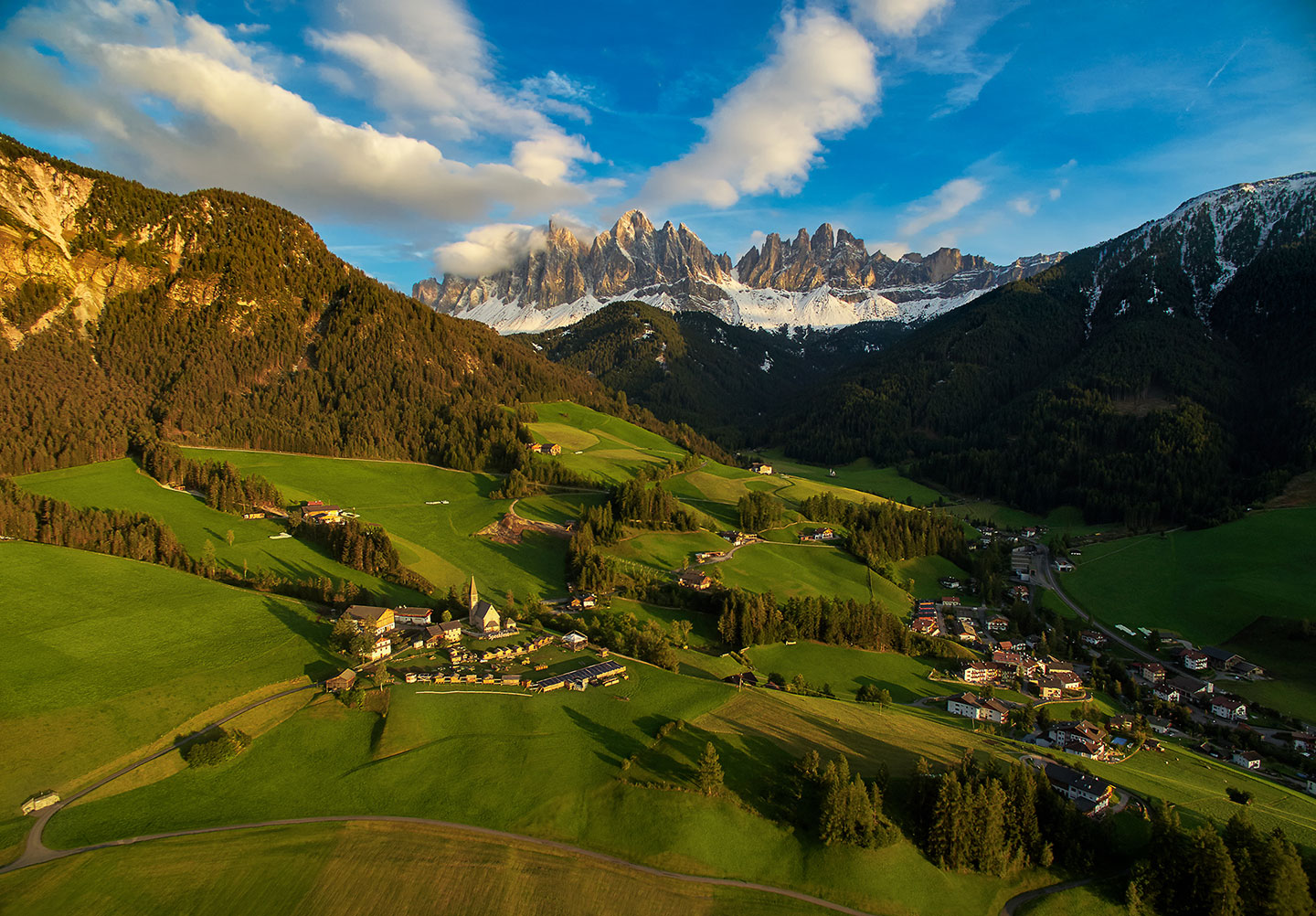 (A sunset and moonrise over the stunning Dolomites in Val di Funes, Italy)

Taking My Phantom 3 All Over The World

Since my first maiden flight with my Phantom 3 in Italy back in May 2015, I still travel with it regularly and fly extremely often. It has been to numerous countries with me and I’ve never had a single issue. If anything—and it’s a bit hard to explain—I’ve bonded with the aircraft at an emotional level. I feel that we’ve been through so many crazy situations together, especially when we flew over Vatican City in Rome!

At this point in the story, I should also point out that Naomi was getting into Aerial Photography as well, so it made sense to have his-and-her Phantom 3s. 🙂

Thankfully Think Tank Photo makes a bag called the Airport Helipak that perfectly fits the aircraft, batteries, remote, and all the crazy amount of cameras and lenses we need to travel with all the time. Guess which Phantom 3 is hers! 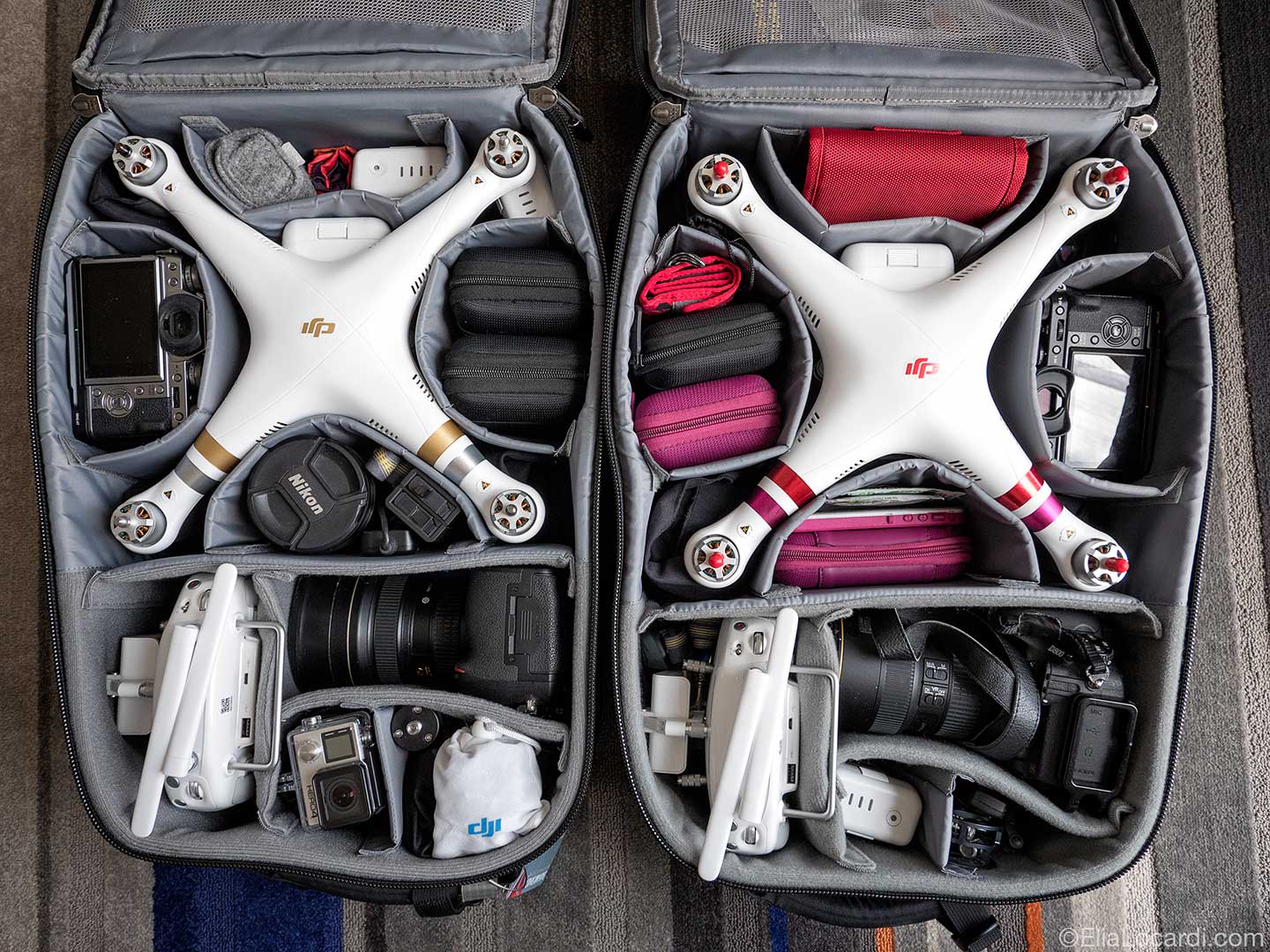 (His and hers travel solutions for the Phantom 3 Professionals.)

While the Phantom 3 Professional is a hell of an impressive piece of aerial hardware, and though the image quality from a its small sensor does the job very well, there’s no denying the power of the Micro 4/3 camera system for both photo and video.

I had some work to do (both still image and video) in Meteora Greece during the fall colors of November 2015 so I decided to see what jumping up to the next class in DJI drones would do to my output quality.

Coming from so much experience flying a smaller Phantom 3, there was an initial adjustment to the setup, having to take off from solid ground (you can catch and release a Phantom), and the raising and lowering of the landing gear. Other than that, I was blown away by the quality of the still images and video.

After one short week in Meteora Greece, I was able to capture some of my favorite aerial images to date. 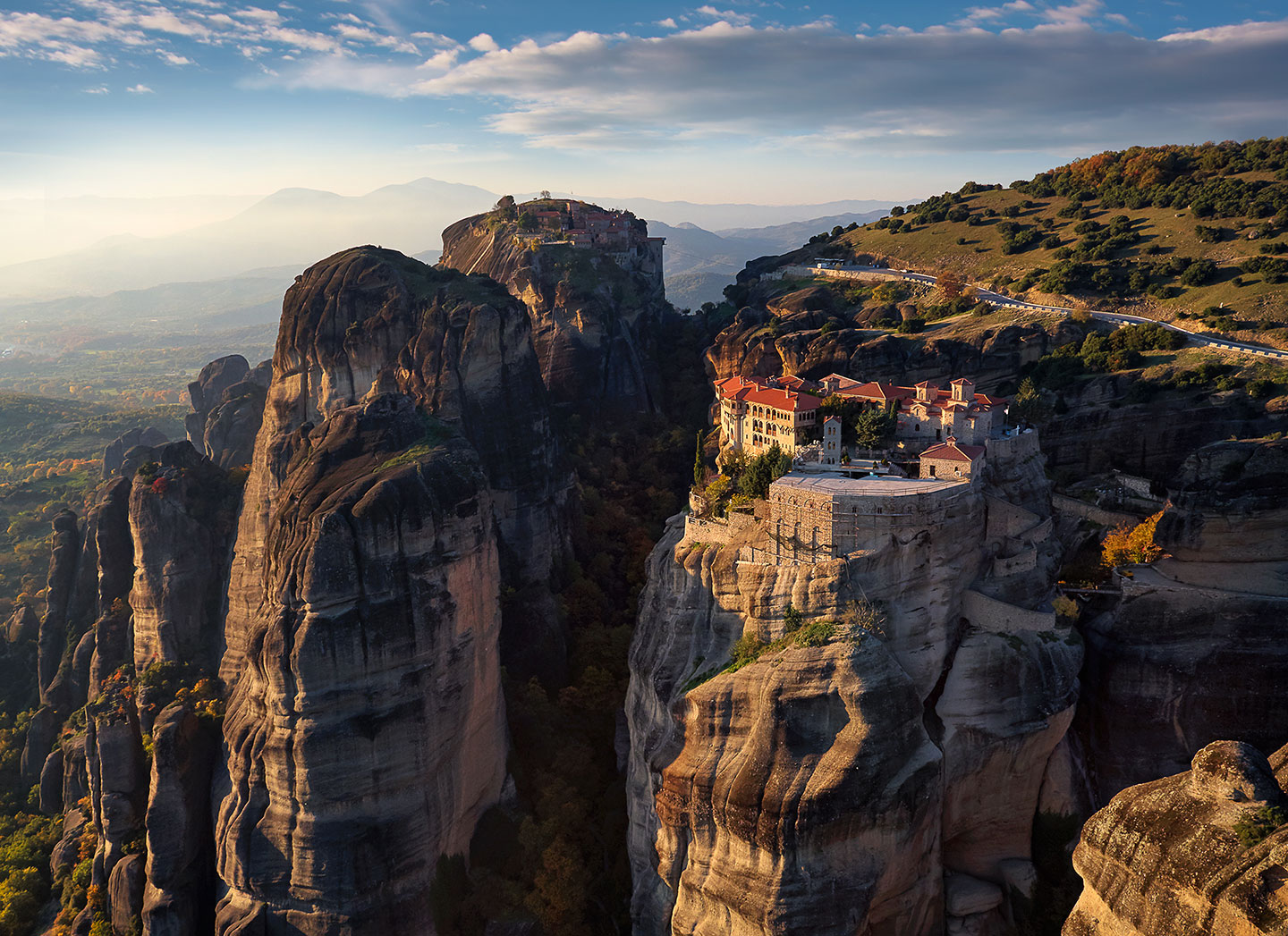 (Watching a beautiful sunset high above the monasteries of Meteora Greece.) 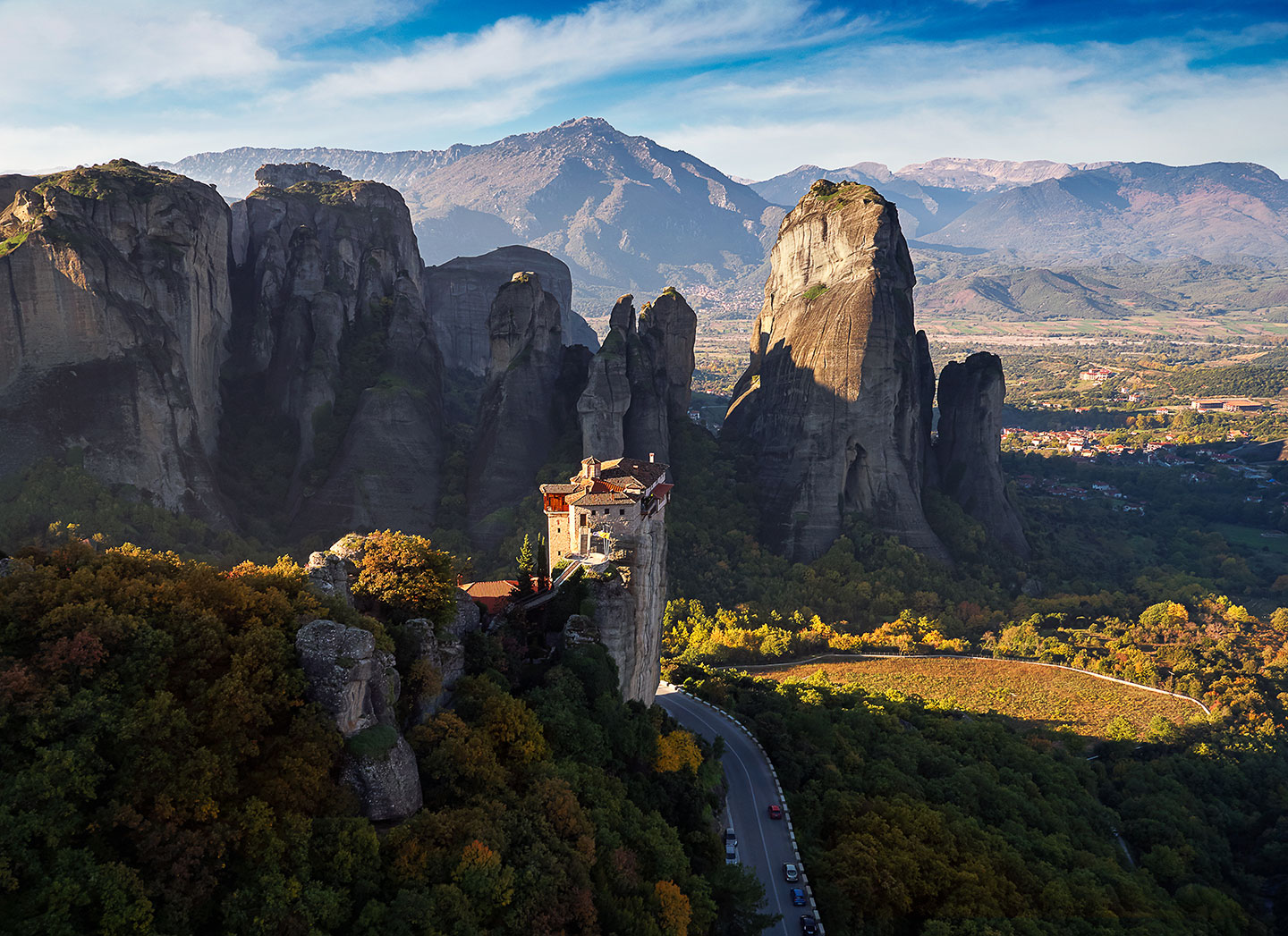 (Morning light streams through the valley and illuminates a lonely monastery in Meteora Greece.) 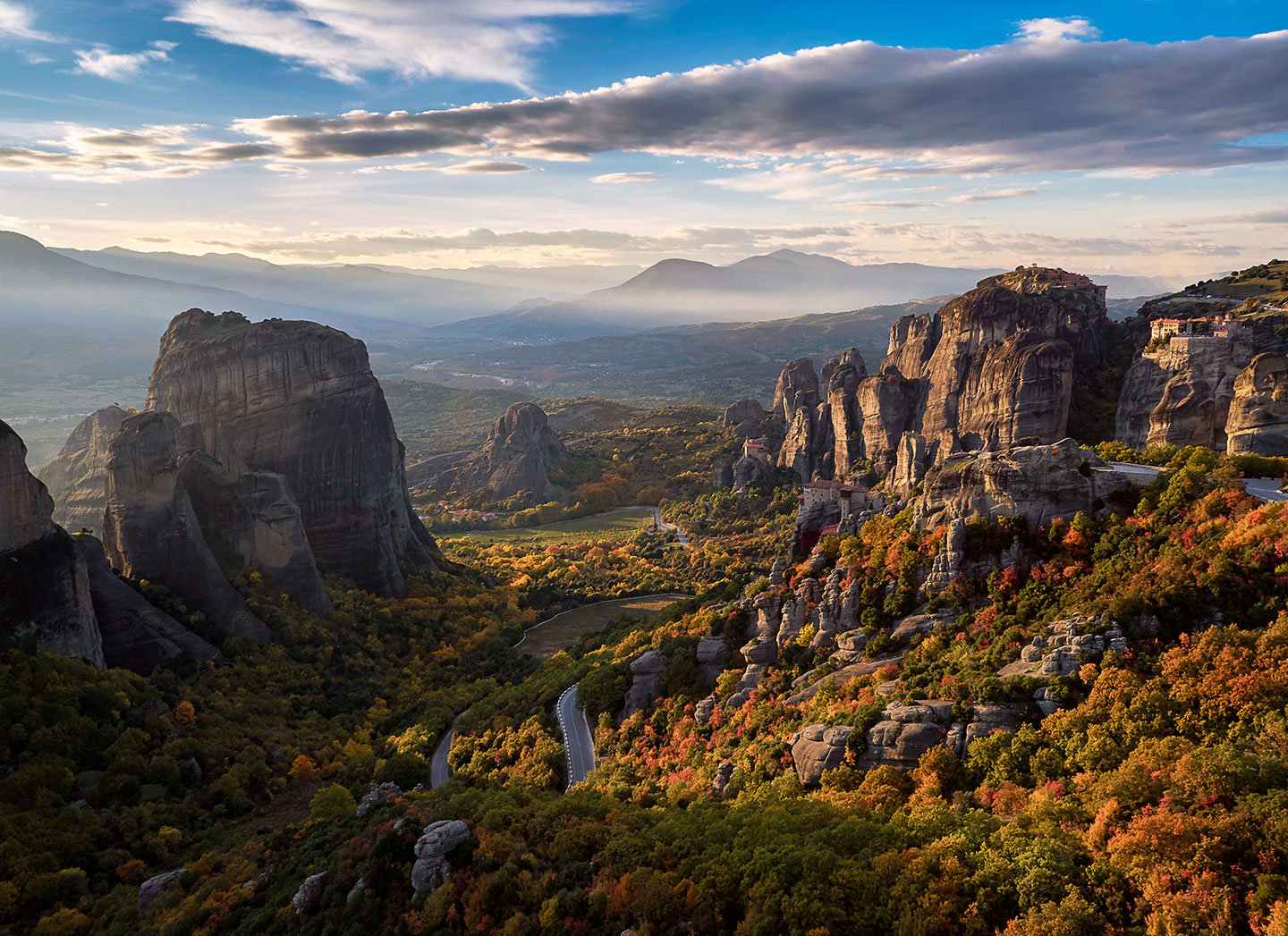 (Meteora during a sunset is truly a valley of dreams.)

Traveling With The Inspire Pro Compared to The Phantom 3

Obviously, the Inspire Pro is much larger than the Phantom 3, that’s obvious. So while I was able to stash my P3 in a fully loaded backpack, I had no choice but to start checking my Inspire Pro as luggage. Thankfully DJI included a well built hard case that makes it safe to be under the plane while traveling.

Let’s just say that being one the road full time for 7 years has made me very efficient at packing. 🙂 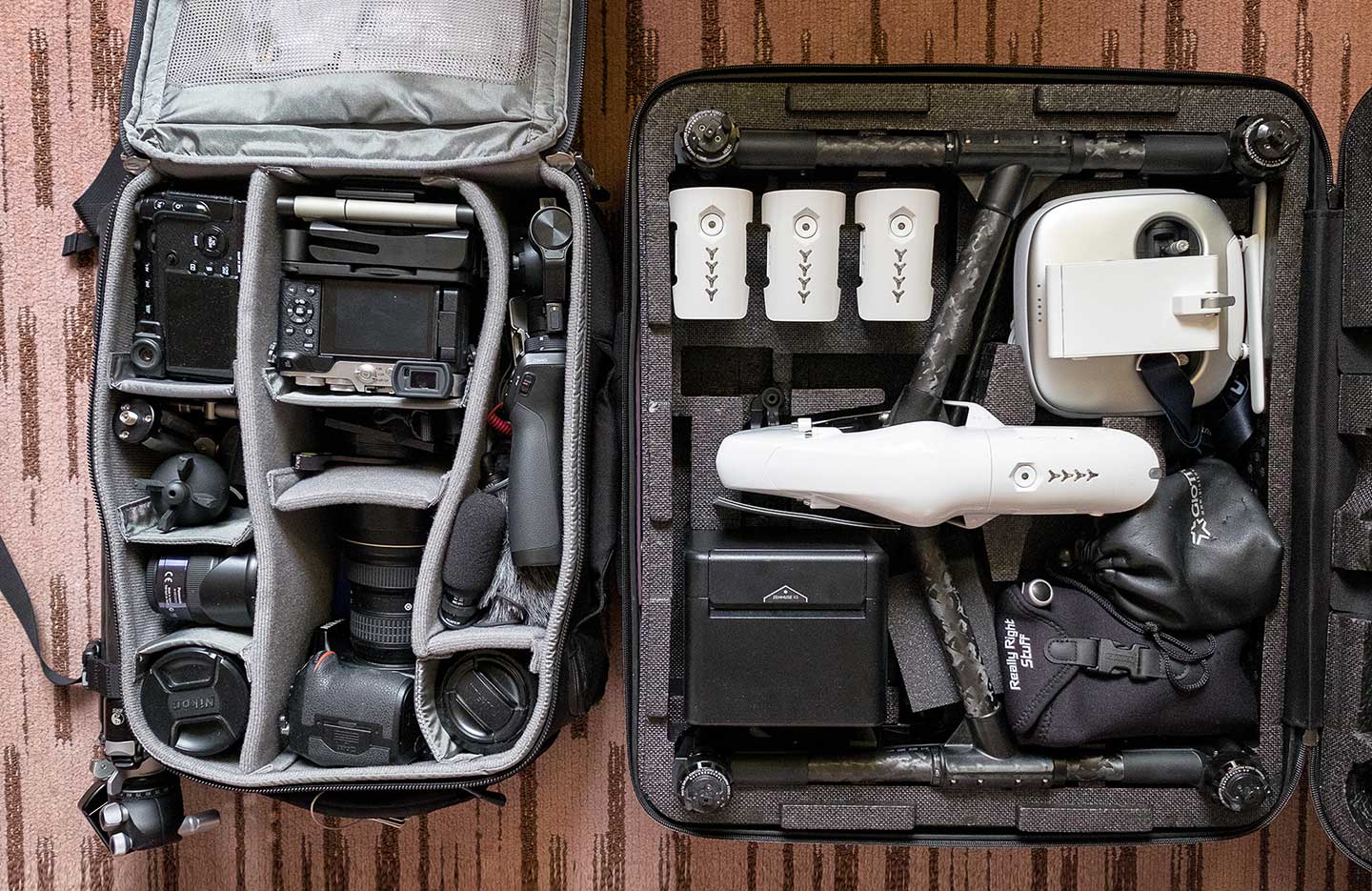 What’s Next – What Will The Future Hold for Drone Technology

Being that we’re only a few short years into having drone technology readily available to us, I can only imagine how far it’s going to grow in the coming years ahead. Personally, I can’t wait to see what’s going to come out next!

And speaking of what’s coming out next, I just wrapped up shooting an entire month in the Greek Islands. Expect to see a bunch of new photos and videos that I captured very soon. 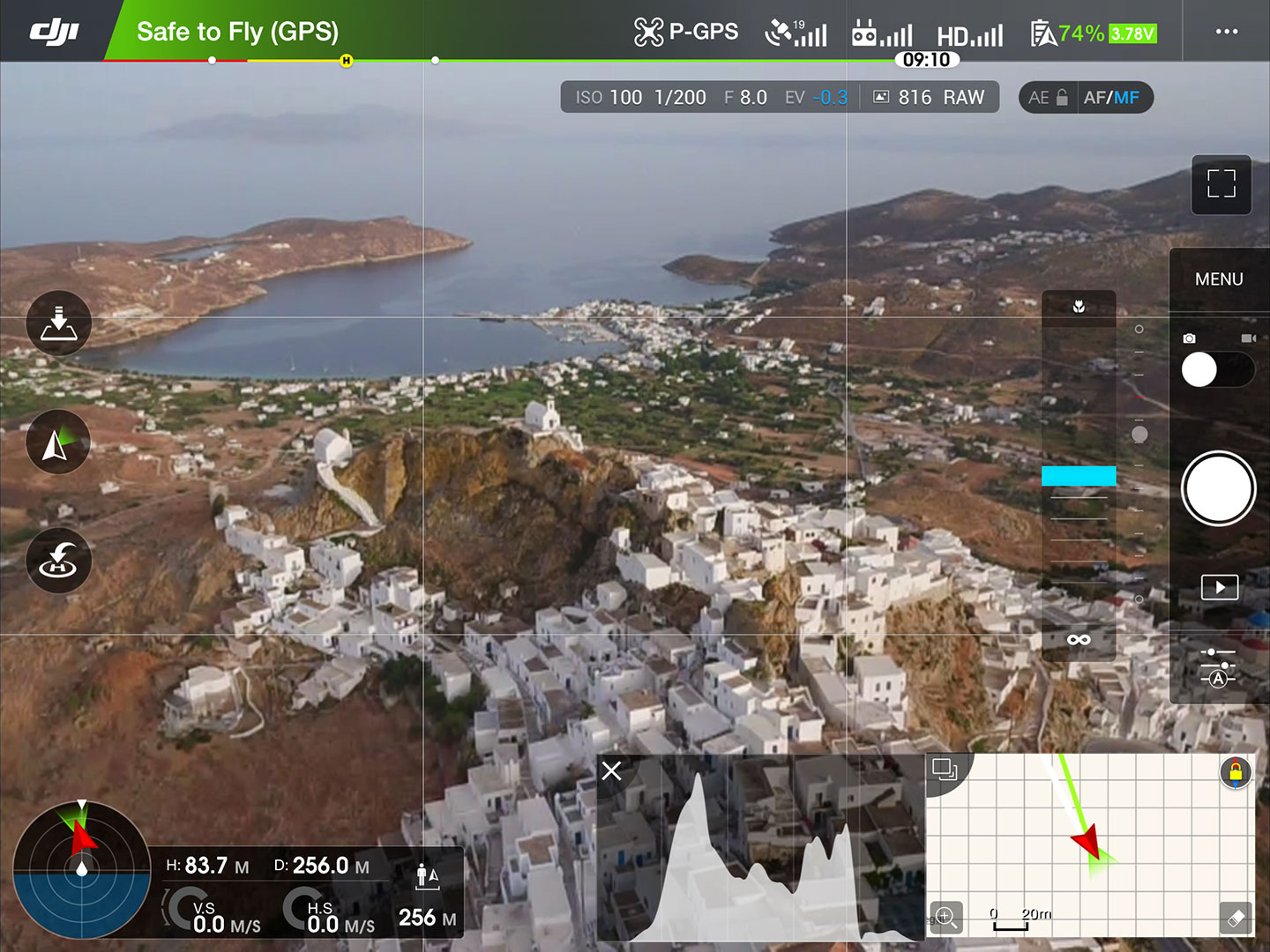 (Just one of the extraordinary flights I had while spending a month filming Greece.) 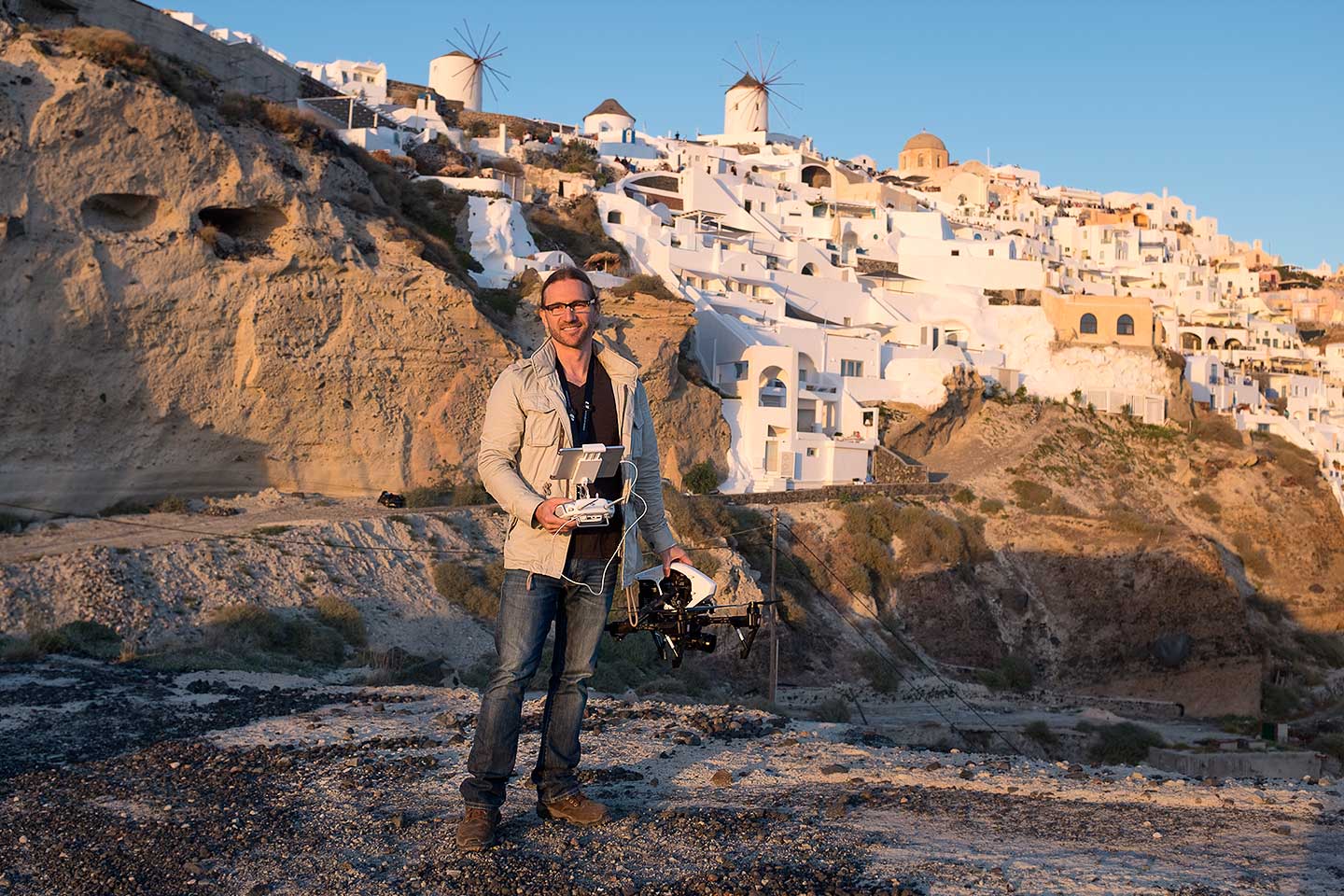 (Getting prepared to fly over the village of Oia on the island of Santorini.) 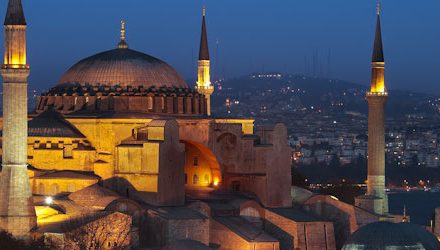 Istanbul And Hagia Sophia At Night