Above The Trees || Kyoto, Japan

Above The Trees – Kyoto, Japan

Kiyomizu-dera Temple in Kyoto is very beautiful. With its tremendous architecture, It’s easy to see why it’s one of the most beloved structures in Japan.

I’m not much of a history buff but during the Edo Period, there was a tradition held that if one could survive the 13 meter jump off the stage of Kiyomizu, one’s wish would be granted. Out of the 234 recorded jumpers, 85.4% of them survived. My question is, what the hell did they wish for after the jump? New legs?

Post-processing Before and After

Kiyomizu-dera Temple is a very popular and easily accessible tourist attraction. This makes it very difficult to get a clean shot. I woke up early and arrived when the temple opened at 6am. Unfortunately, it was about 8:00am before the sunlight started hitting the structure and trees. By that time there were already quite a few people around. I had to time things just right to minimize the crowds. Thankfully most of the traffic was in the background and shadows so It wasn’t much trouble to clean them out with the clone stamp. 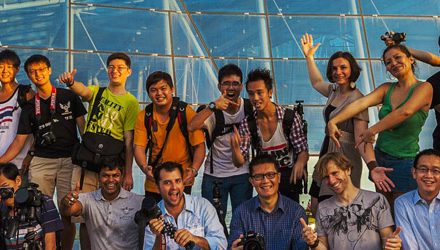 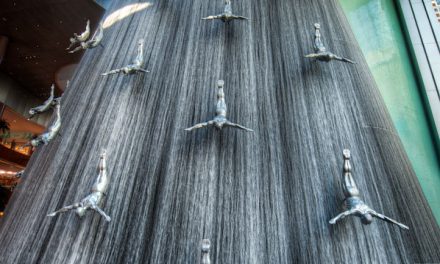