Sunset Over The Burj Khalifa 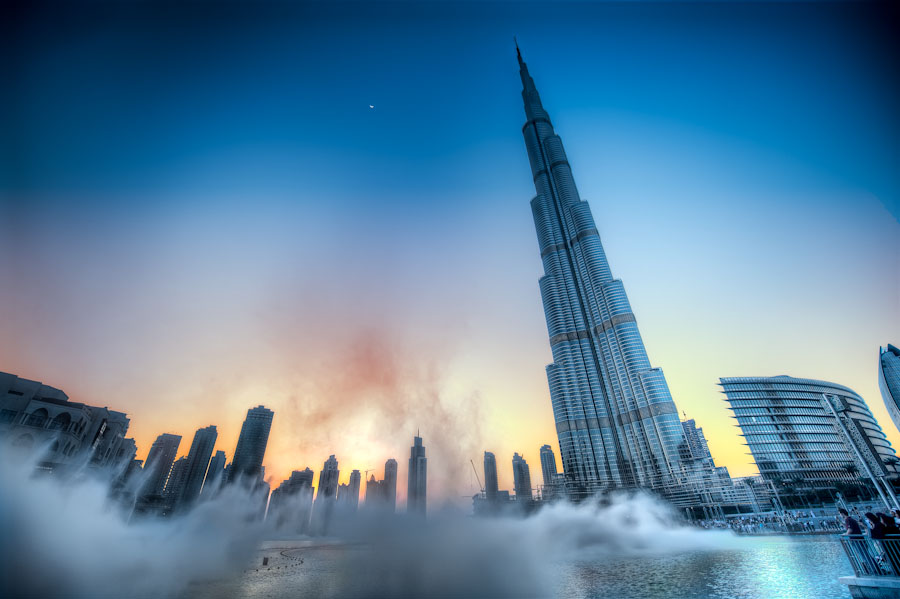 A gift from the universe

At a staggering 2,717 ft, The Burj Khalifa is (currently) the tallest building in the world! With 162 floors, it’s an absolute monster! Look how it dwarfs all the ‘normal sized’ buildings. It sort of looks like an alien city scape, right?

I had laid claim to a spot at the railing outside of The Dubai Mall. I was hoping to catch the sun setting behind the skyline. I was able to prop my camera on top of the railing, eliminating the need to set up a tripod. This was perfect because as twilight approached, hundreds of people started crowding around. It was a good thing I claimed my spot early!

Now, I had no idea that there was going to be a fountain show. That can only be described as a gift from the universe.

So, as I stood there, scratching my head, confused as to why the crowd had become so dense, smoke suddenly started billowing up from the waters surface. Then, all slack jawed and googly eyed, I started shooting the scene is 5 shot (auto bracketed) bursts. Sometimes luck is just as important as location.

It really does look like some strange alien world, right? 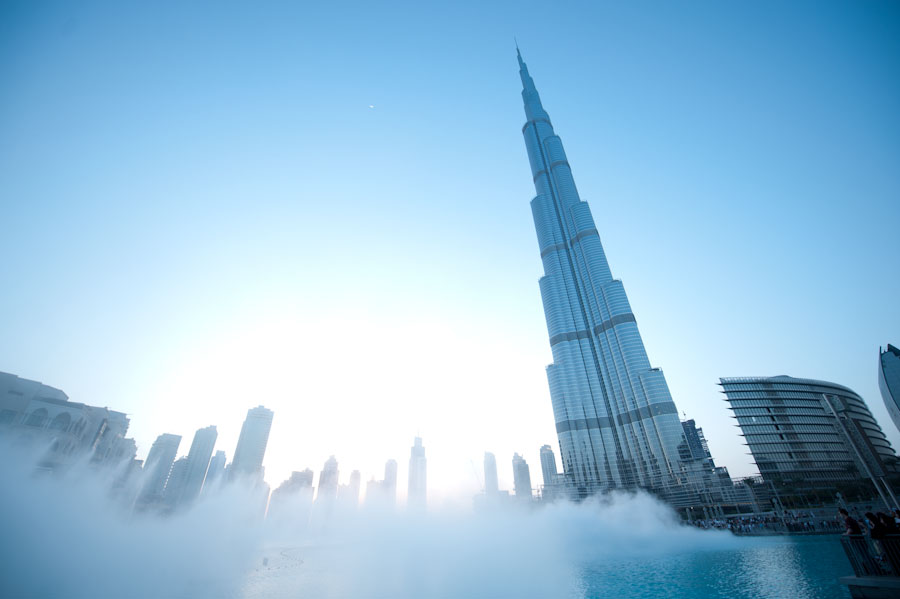 Filming Around the World in 80 Days with Fstoppers