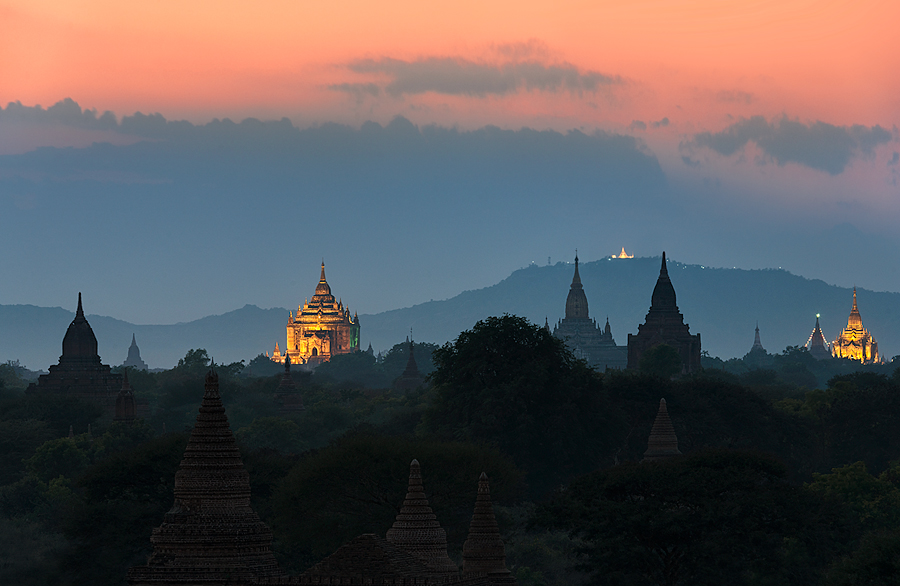 At this point of the night in Bagan, there was no one else around. All the tourists and merchants had long since left for the night as the last of the ox carts lumbered slowly down the dirt road below. Save for the faint echo of distant sounds and the eerie shadows cast by the light of the full moon, I was the only one left, all alone and waiting patiently for the temples to illuminate for the night.

I spent the better part of a week exploring and photographing the ancient temple complexes of Bagan Myanmar by bicycle, both day and night, attempting to find the best spots and angles for photography. Between the 11th and 13th centuries, Bagan’s rulers managed to construct over 10,000 religious monuments in an area of 40 square miles. Today, after numerous recorded earthquakes, 2229 temples and pagodas still remain. That leaves countless opportunities for unique and interesting compositions, just waiting to be discovered. Even with a week of exploration, I feel like I barely scratched the surface. Then again, that just means I’ll have more to do when I revisit Myanmar this December. 🙂

I shot 3 manual exposures in order to correctly capture the quickly fading light. With the bright moonlight, I was able to get a nice luminance variation throughout the different layers of atmospheric depth.

Espresso: Caffe Aurora – Medaglia D’oro. It was on sale so I bought 1 kilo. 🙂 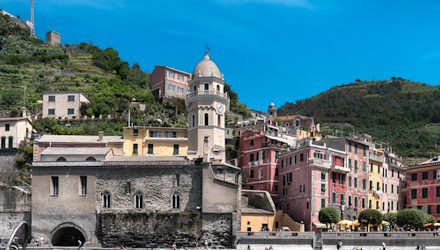