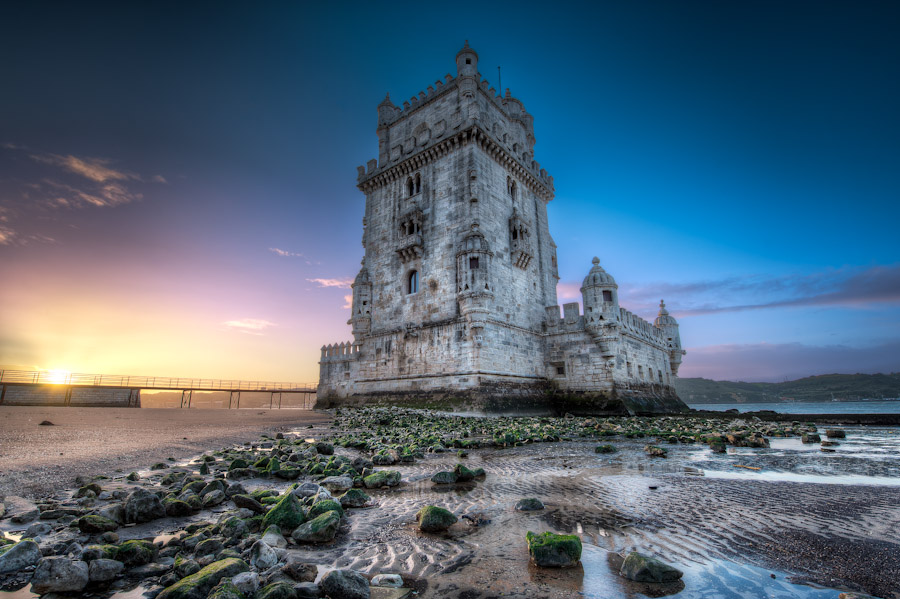 There’s not doubt that sunrise is a beautiful time to shoot HDR Photography but why does it have to be so damn early? I mean, come on universe. Really!?

*Sigh, I know, I’m always ranting about getting up too early to take pictures and I constantly ask myself, if I hate it so (VERY) much, then why do it?

Well, the simplest answer is to show you the HDR image below. It’s shot during one of those magical (horrible), beautiful (miserable), awesome (dreadful), early (too early) mornings. I had to get up at 4:00am to get here in time but despite how much I complain, It was totally worth it.

The tower was commissioned by King John II to be both part of a defense system at the mouth of the Tagus River and a ceremonial gateway to Lisbon (Lisboa), Portugal. Belem Tower was built in the early 16th century and is a prominent example of the Portuguese Manueline style, but it also incorporates hints of other architectural styles. — Don’t be silly, of course I copied that from Wikipedia. 😉

View some more HDR Before and After Photos of Lisbon, Portugal.

(move the slider to compare HDR before and after) 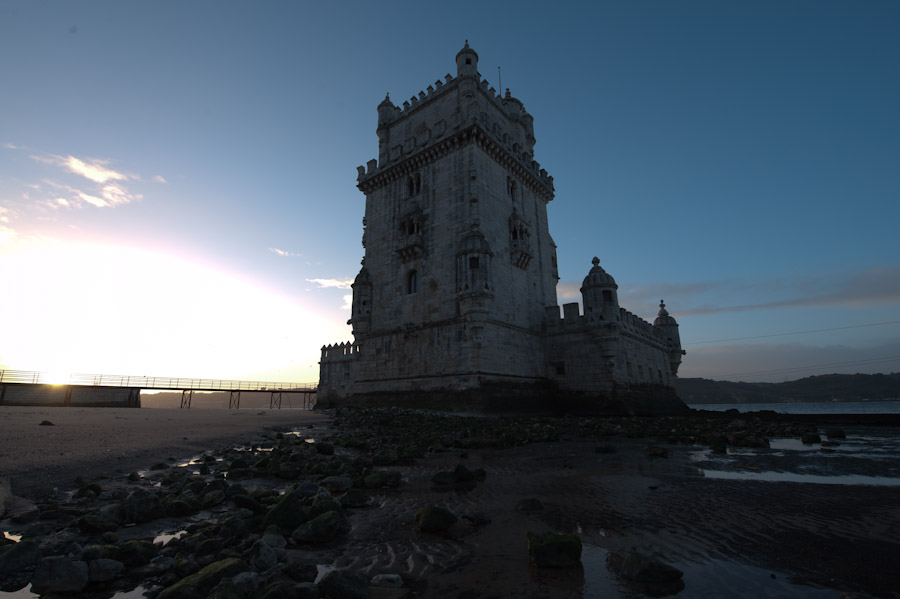