The Hyangwon Pavilion in Seoul

While in Seoul, I visited the Hyangwon Pavilion inside The Gyeongbok Palace, and I was really excited to shoot there. Unfortunately, when I arrived at the pavilion, the sun was completely tucked away behind a heavily clouded and overcast sky. Since the lighting was totally flat, I went back 2 days later. This time, the lighting was nice but the sky wasn’t very appealing. Once I got into Post-Processing, I knew that neither version was going to work out. So, to sum things up, what you’re actually seeing is a composite of 2 different days, shot within a few meters of the same location. Specifically, you’re seeing the sky from day one and the foreground elements from day two. Does that make sense? I’ll elaborate. 🙂

Post-Processing Before and After

Now, I rarely swap out skies but in this case I felt it was an absolute must. It’s not because I’m against sky replacement or anything. It’s just that I can usually work with the sky as is and I’m a firm believer of the phrase, “If it’s not broke, don’t fix it… But with this scene, there was so much detail in the foreground that I had to figure out a way of muting the sky a little bit, and making it less distracting. The cloudy sky form day one turned out to be perfect and it added a nice subtle contrast to the Lily pads on the louts pond.

The main objective of the color correction was to highlight the Pavilion itself, in order to give it some extra separation from the background. Then, taking the color separation one step further, I also added a slight hue shift to the green trees in the background, giving them a more yellowish color. 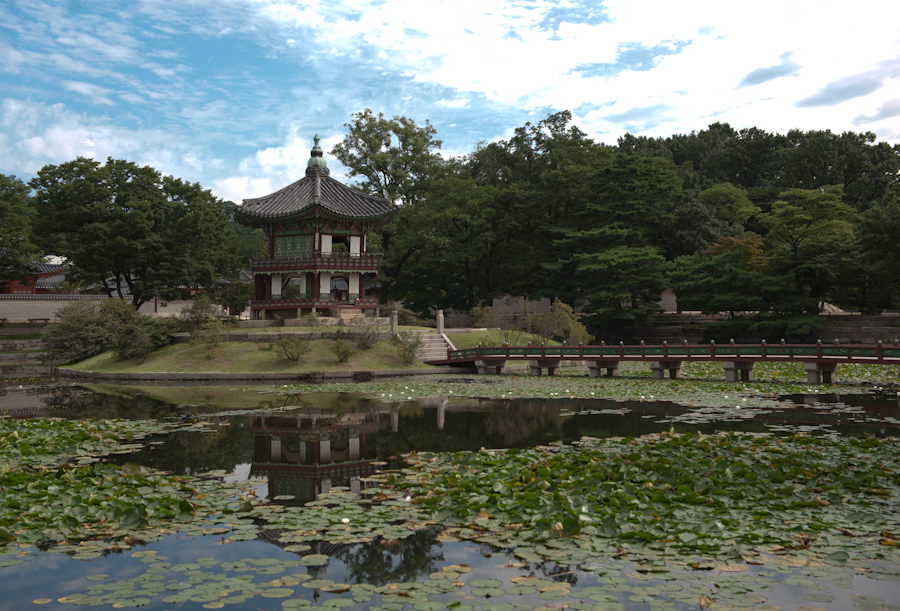 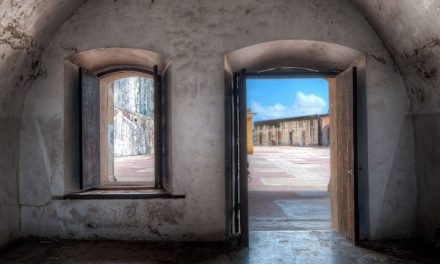 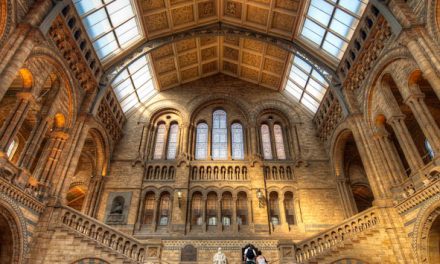