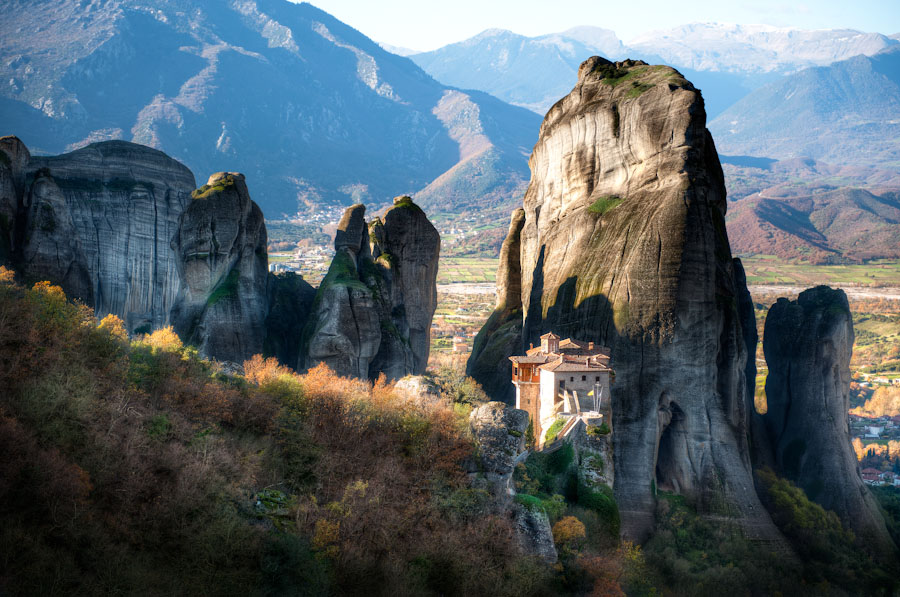 Have you ever huddled close to someone for warmth like an Emperor Penguin?

This shot was taken on the morning of my third day in Meteora. We had gotten up well before dawn, packed gear and food for the day, and caught a cab to the top most Monastery. The weather had been consistently chilly, hovering around 5 degrees Centigrade so I didn’t bother confirming the forecast. Instead, we (very stupidly) prepared for 5-10 degree day.

As the tail lights of the taxi disappeared from view as it descended the long winding mountain switchbacks, we immediately had an ‘Oh Crap’ moment. It was way WAY colder than we had prepared for. — Later, I would find out that the weather had dropped to -5 degrees with a strong -10ish wind chill.

So, there we were, 10 kilometers away from civilization, 2000 ft up on a towering spire, alone, with no cellphone reception, freezing our asses off.

And what did we do about it?

We said, screw shooting the sunrise, found shelter, and huddled together like penguins, shivering like mad, waiting the (seemingly infinite) few hours until the sun awarded us with it warming light.

Once the sun had risen enough to warm the day, we collected our senses, cleaned out the frozen boogers from our noses, and began the 15 kilometer trek back to our hotel, stopping to marvel (and of course take lots of pictures) of the beautiful Greek mountains. 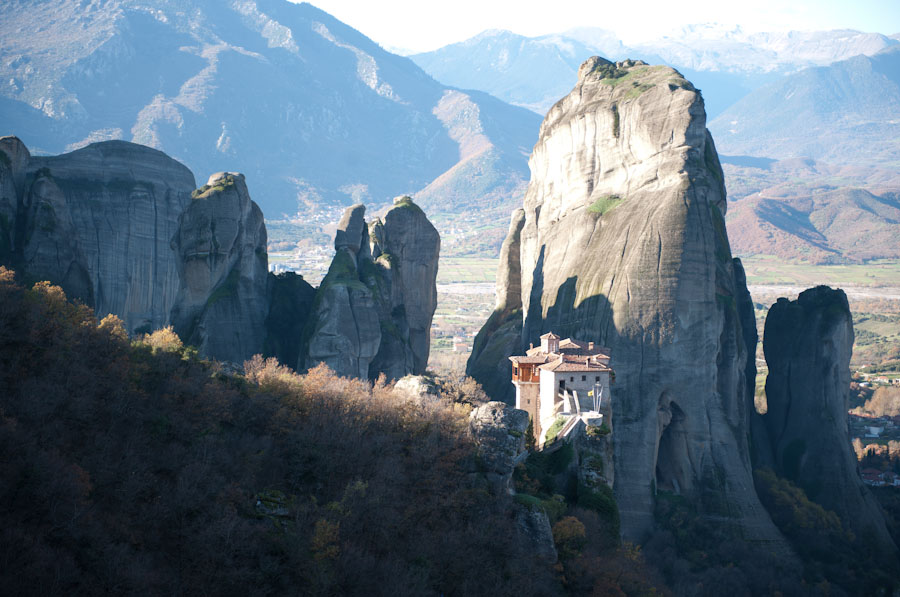 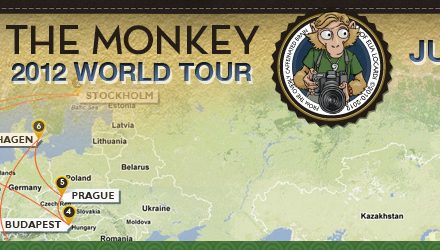 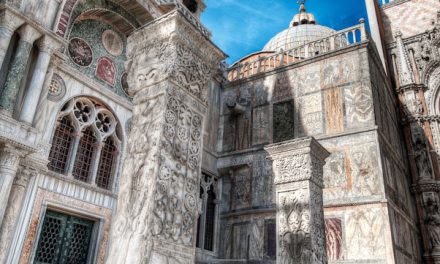 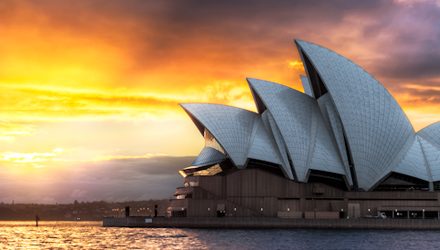 Sydney Gold || The Glory Of Sunrise