All That Glitters | Dubai

From the top of the Cayan Tower, you get a clear and unobstructed view of the sprawling expanse of glass castles that line the beautiful Dubai Marina. Up here, vertigo fueled thoughts spring to mind as only a small railing separates the shallow walking path from the spiraling drop below. Whenever I’m at this height, it feels as though I’m looking down at a miniature version of the world. It’s a feeling that I find exhilarating but then again, I (thankfully) have little fear of heights. 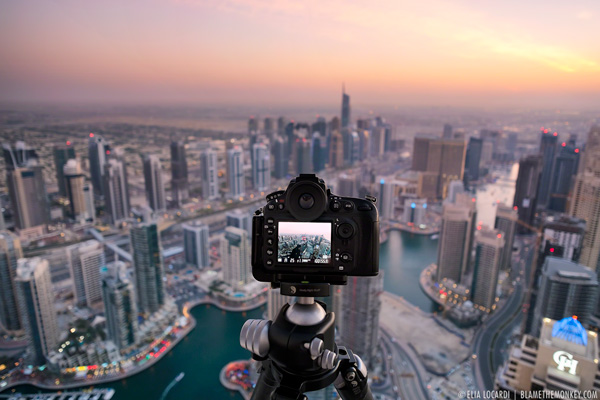 Well, I guess it’s a good thing I’m not afraid of heights! Apparently, neither is my camera.

With a setup like this, it definitely helps to be 100% confident with your gear and camera setup. Needless to say a level and balanced tripod is definitely your friend when you’re shooting so precariously close to an edge. Another good rule of thumb—and something I clearly should’ve done here—is to secure the camera to a stable structure point using a sling and carabiner.

Technique: 3 exposure brackets were captured but only two of them were used in post-processing – one for the overall tone of the scene and one shorter exposure to compensate for the bright lights. Using my Cintiq Companion, I blended the exposures using a combination of painted and luminance masks in Adobe Photoshop. Sharpening and details were enhanced using a combination of Color Efex Pro and Sharpener Pro by Google Nik Software. 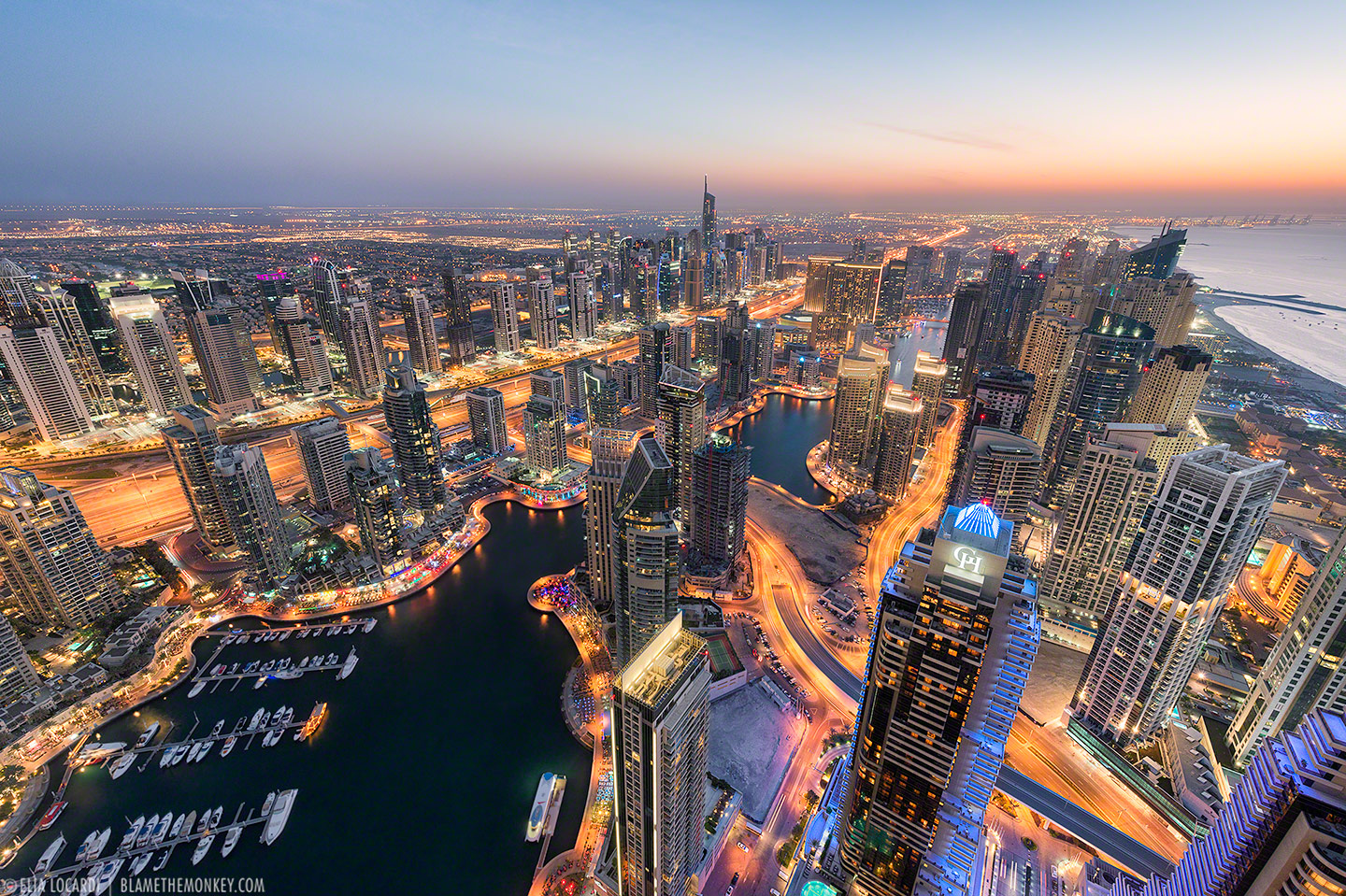 Here’s another image that I shot and posted to Social Media last week.

Sprawling below is the first Interchange on Sheikh Zayed Road, also known as Defense Roundabout – the busiest interchange in Dubai. At twilight, the colors and textures seemed to come alive as thousands of cars left long light trails through the frame. 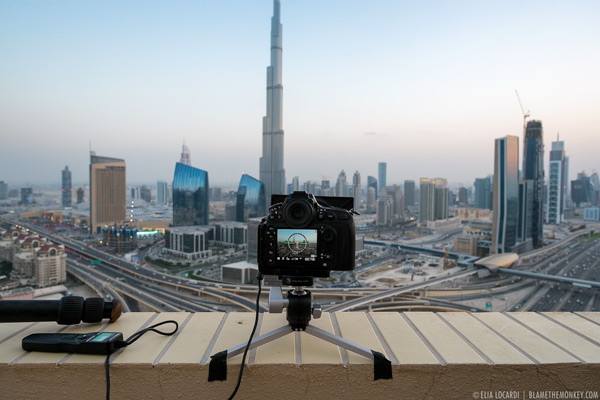 Just above my head, this rooftop ledge was a bit too high and awkward for me to comfortably set up my full size tripod. Thankfully though, my Really Right Stuff TFA-01 saved the day because it ended up fitting snugly on top of the shallow tile ledge. It fit so snugly in fact, that as a precautionary measure I used some gaffers tape to secure the feet just in case I were to accidentally bump the camera. Needless to say, losing my gear over the ledge would definitely ruin my day.

The TFA-01 is rated to support a heavy 100 pounds of weight. Regarding the functional stability, I was shooting 1 – 2 minute long exposures with my 10 Stop IRND by Formatt Hitech Filters and the resulting images came out flawlessly sharp. Now that’s impressive!

Technique: Using my Cintiq Companion, I first blended the 3 exposures together using a combination of painted and luminance masks in Adobe Photoshop. Next, I brushed in the car light trails that were captured with the 60 second (filtered) exposure. Since the atmosphere was so clear, I was able to retain a lot of sharpness in the background. 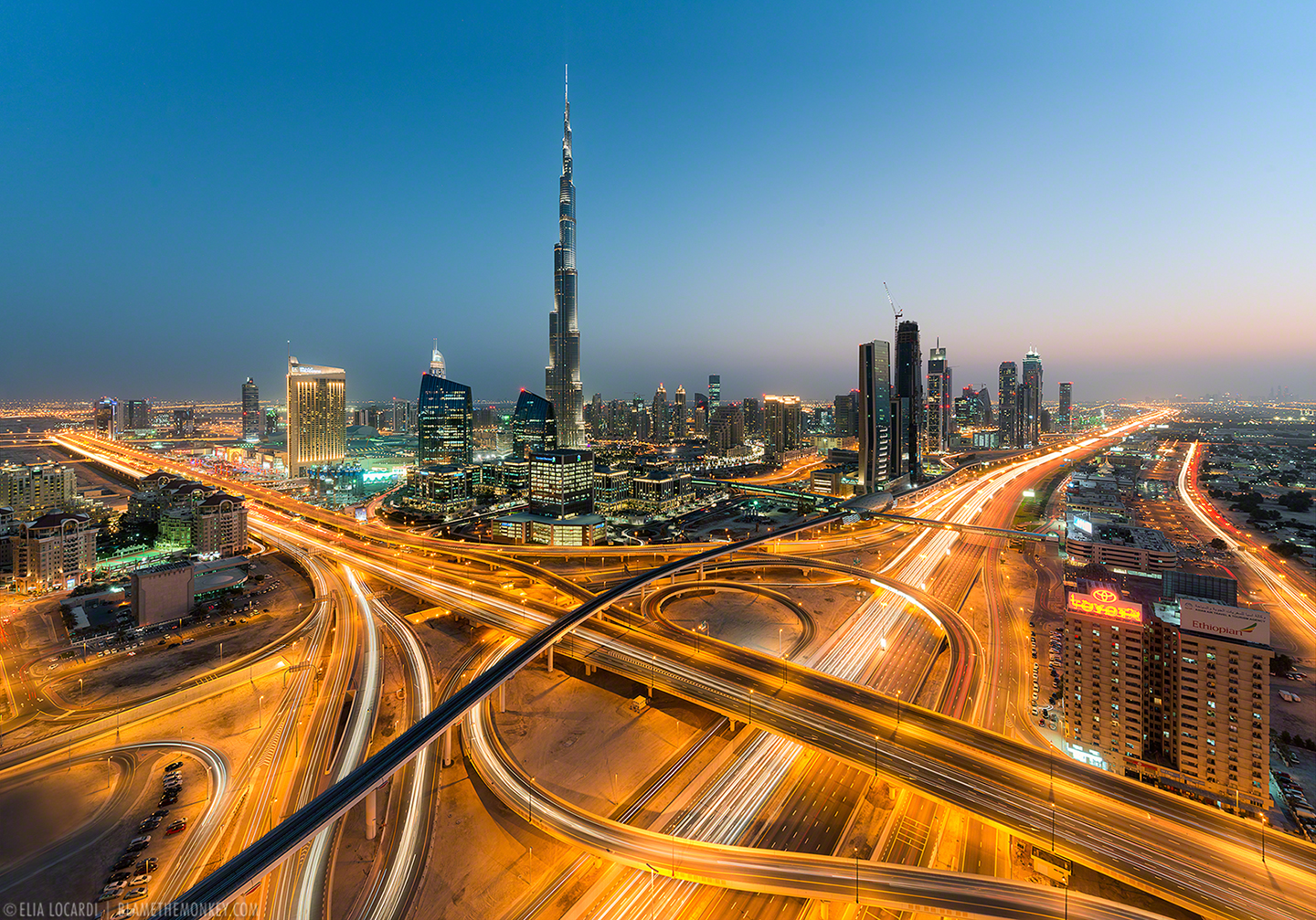 Panic On The Jubilee Line