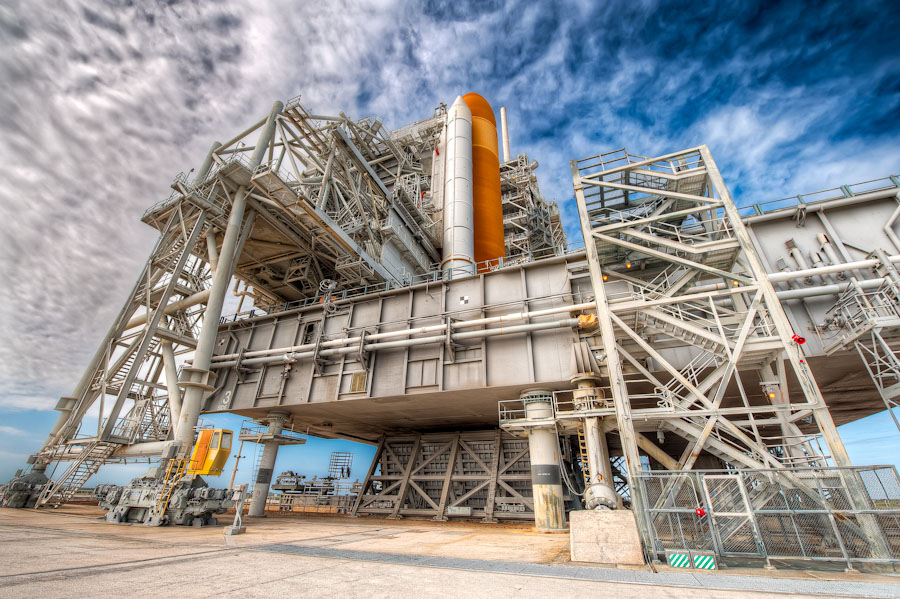 Up close and personal.

I learned a very important lesson on this shoot. It turns out it’s extremely difficult to hold a camera still while giggling like a schoolgirl.

Seriously, I’m not known for getting overly excited but this time, well, lets just say I released my inner geek. There was something about rolling up to the pad and being this close to the Space Shuttle that tore the lid off the whole ‘quiet and composed’ thing.

So with rampant giggling fits and letting my geek flag fly, I set up for a series of shots to document (in HDR) Space Shuttle Discovery’s final time on the launch pad. 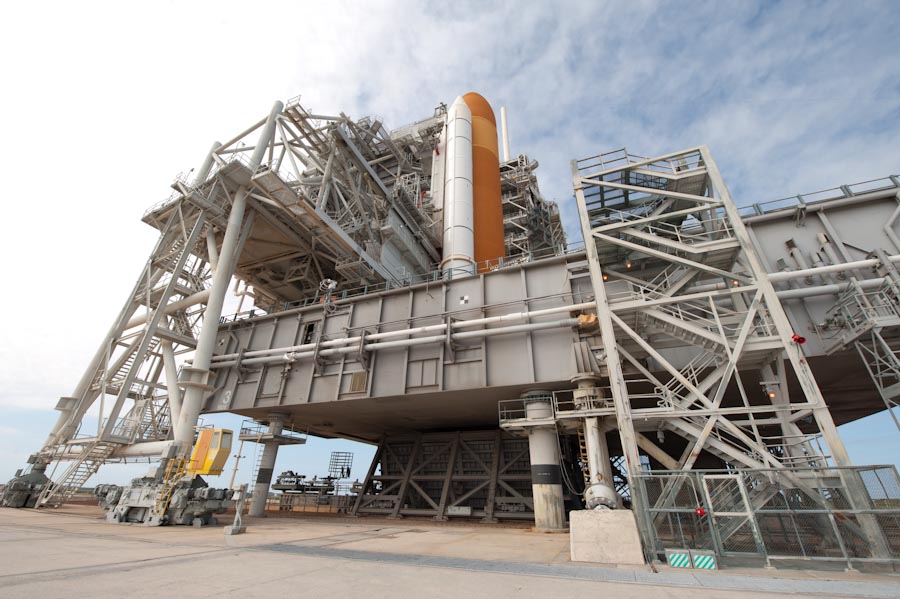