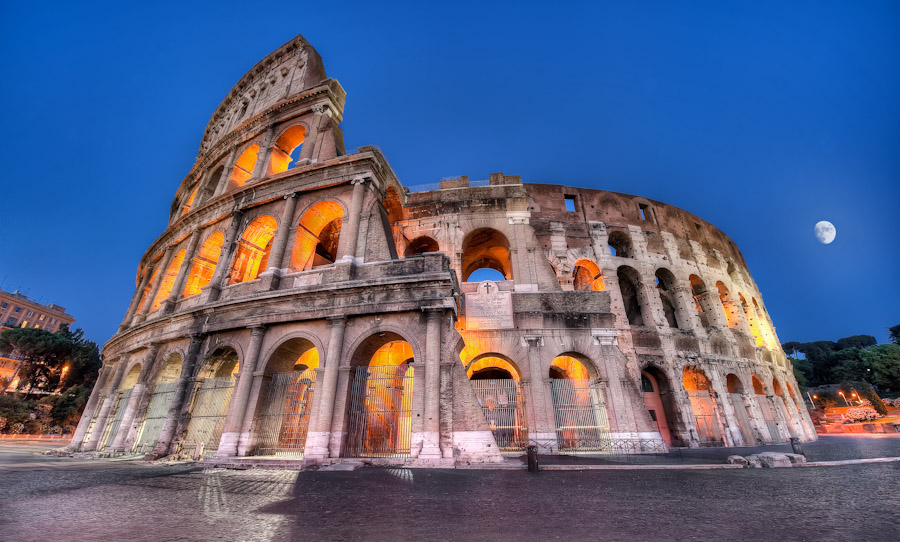 What’s the most iconic image that comes to mind when you think about Rome? — (Don’t say endless shots of espresso, that’s my mental fantasy) — Well, it’s most likely a mental picture of The Colosseum (Il Colosseo).

I could be wrong though. Perhaps many of you can only picture Russell Crowe from Gladiator, or something similar. I mean, he did kick some serious ass in that movie and there were lions and such, but if you really break it down, he was ‘IN’ The Colosseum so in a round about way, picturing Russell Crowe is like picturing The Colosseum right?

Anyway, last year, while in Rome, I was determined to get some night shots of this iconic structure. Blue hour turned out to be the best because, not only was the lighting perfect, there was also nobody around. — Well, all except for those few people that I painted out.

View some more HDR Before and After Comparisons from Rome.

Daily Banana – The Colosseum By Night

Behind The Scenes || Digital Photo Storage On The Road