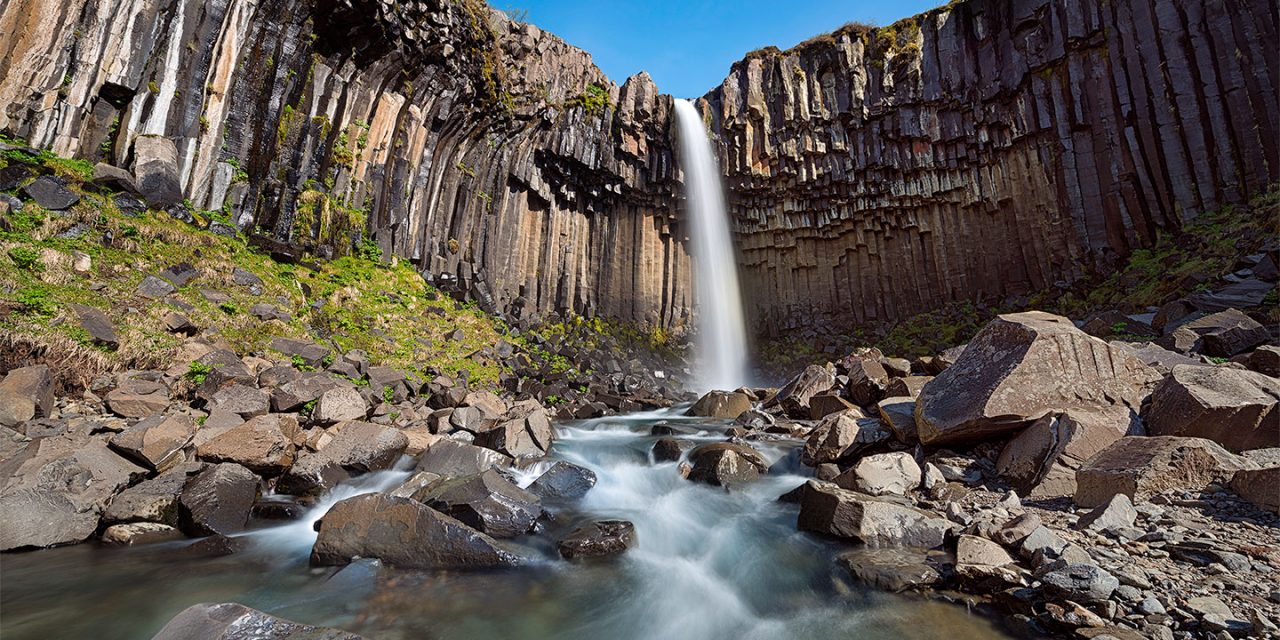 Unfortunately, I had a memory card failure a few months ago but thankfully I was able to recover all of the data with CardRescue. I would’ve been very disappointed to lose this shot since it’s one of my favorite waterfalls in Iceland.

Part of Skaftafell National Park, Svartifoss (Black Falls) is easily one of the most recognized waterfalls in Iceland. With it’s distinct basalt columns, Svartifoss has provided much inspiration for Iceland Architects and is most predominantly reflected in the Hallgrímskirkja church in Reykjavík, or as I like to call it, the rocket ship church. 😉

I hiked in around 2am after finishing up a shooting session at Jökulsárlón. Unfortunately, the sunlight was coming in at a bad angle, casting a harsh lined shadow across half of the waterfall. It didn’t change until around 7am when the sun finally moved into a more cooperative position. I hadn’t slept for a few days so it was a battle to stay awake for those 4 hours in-between. Let’s just say that I crashed big-time when I finally made it back to the car.

Technique: This shot is a combination of 2 exposures blended into a (7 bracket) HDR image from Nik HDR Efex Pro. Thought the HDR result was rather nice, the original exposures were blended back in to give it a more natural look. An additional (2 second) exposure was added to give the water a nice and soft look. All exposures were captured using a Formatt-Hitech 165mm Solid IRND 4 Stop filter in tandem with the Lucroit Filter Holder System. 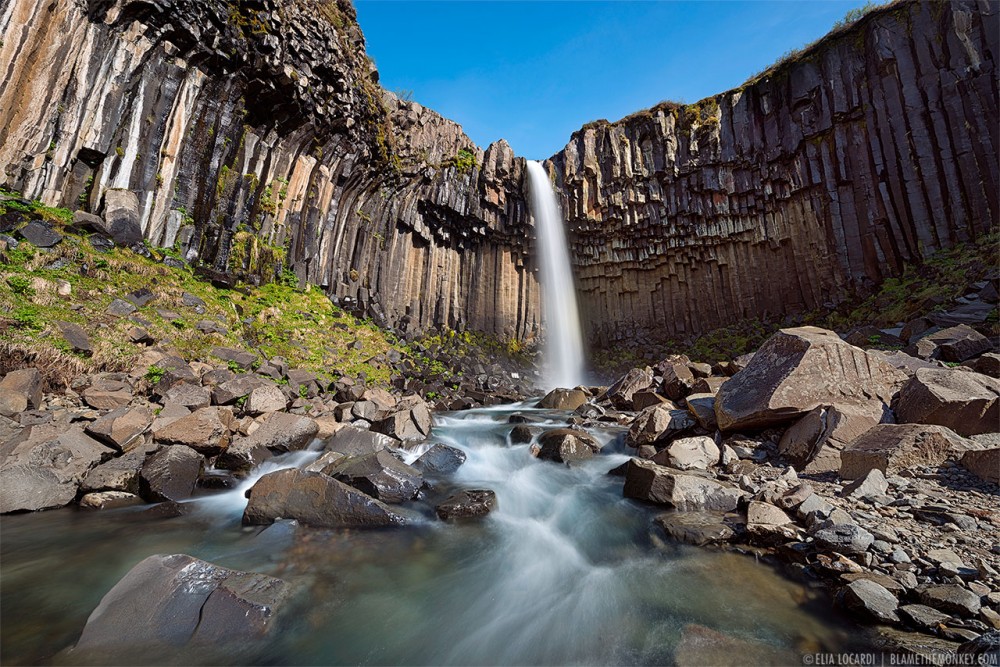 More From The Beautiful Cinque Terre

Summer On The Rocks || Riomaggiore 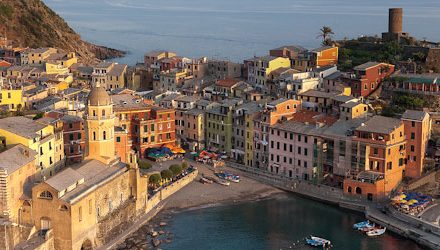 Golden Embrace – Beginning to roll out the new website 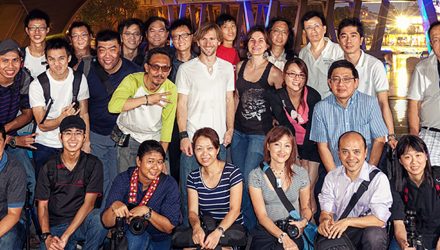