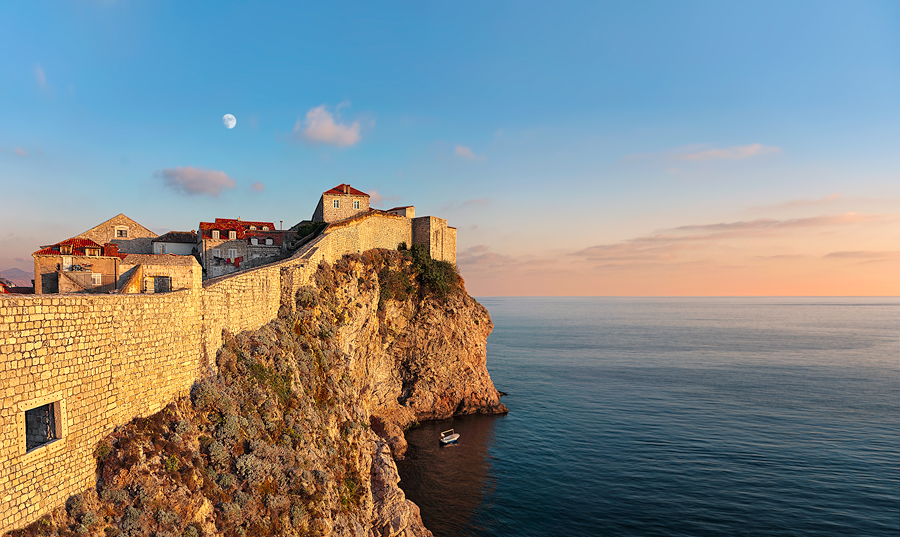 The beautiful and timeless fortress city of Dubrovnik; the pearl of the Adriatic Sea.

One of the main attractions of Dubrovnik are the walls themselves. For a small fee, you can walk all the way around the old city, seeing amazing views along the way. Every time I was up there, I saw people filming in various locations around the city. I figured that it was just some small student film or something similar. A few months later I found out that HBO was filming season 2 of The Game of Thrones inside the city. I guess that explains why so many people were walking around in medieval costumes. 😉

First off, this photo was processed from a single RAW file. It’s also important to note that while I typically shoot 3-5 exposure brackets, I don’t always use them. 😉

After distortion correction and chromatic aberration removal in Lightroom 4, I did some color and contrast correction in Photoshop. Since I shot during Golden Hour, the light already had a natural warmth to it and the sky had a nice natural orange. I just enhanced the saturation where necessary.

The moon —since it was distorted by the wide angle— was shot separately and added back in 80% larger. It was placed exactly over top. 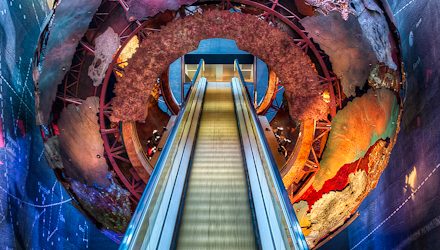 We Made It! 100% Location Independence!

Filming Around the World in 80 Days with Fstoppers