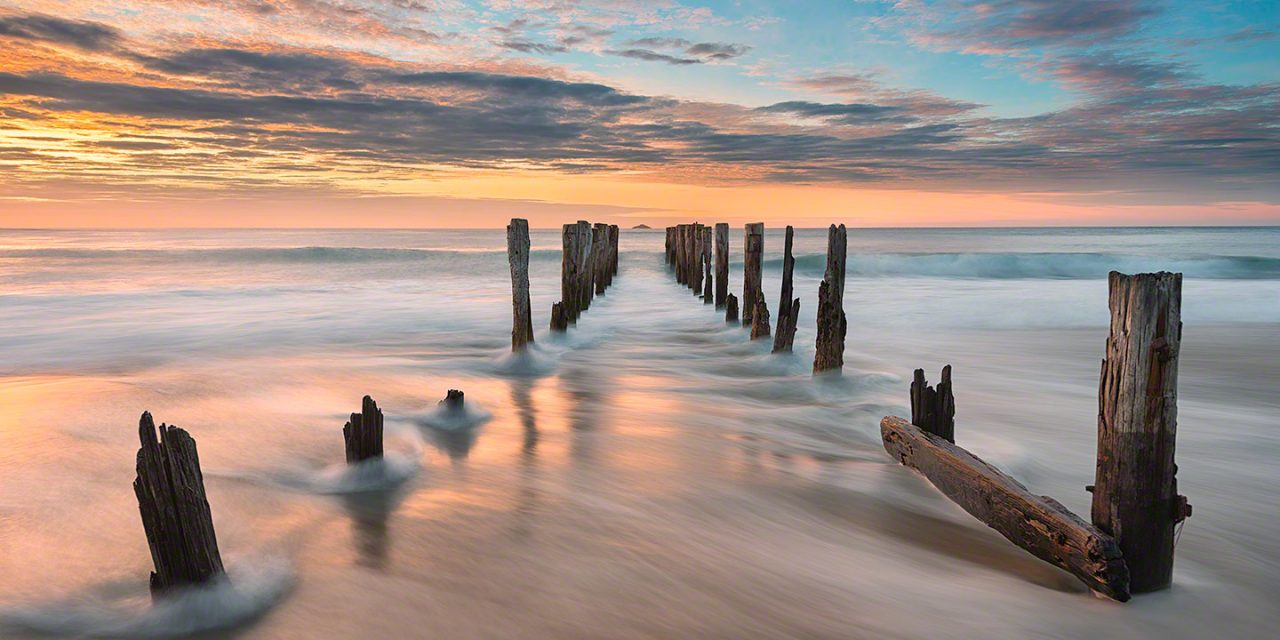 “The sky explodes with vivid colors as ocean waves wash over the St. Clair Beach pylons in New Zealand.”

As a photographer, there are certain places in the world that are an absolute joy to work with. Here on St. Clair Beach on the South Island of New Zealand, these old pylons create a unique opportunity for many beautiful compositions. On my last visit here back in December of 2012, I was fortunate to catch a series of spectacular sunrises during a powerful incoming swell. I released my first version from this location called “Soft Surrender” well over a year ago.

This morning, Naomi and I landed in New Zealand again for our 3rd visit. We’re really looking forward to exploring some new locations as well as revisiting a few of our old favorites, including these awesome pylons on St. Clair Beach. Hopefully the weather gods will smile down on me once again! 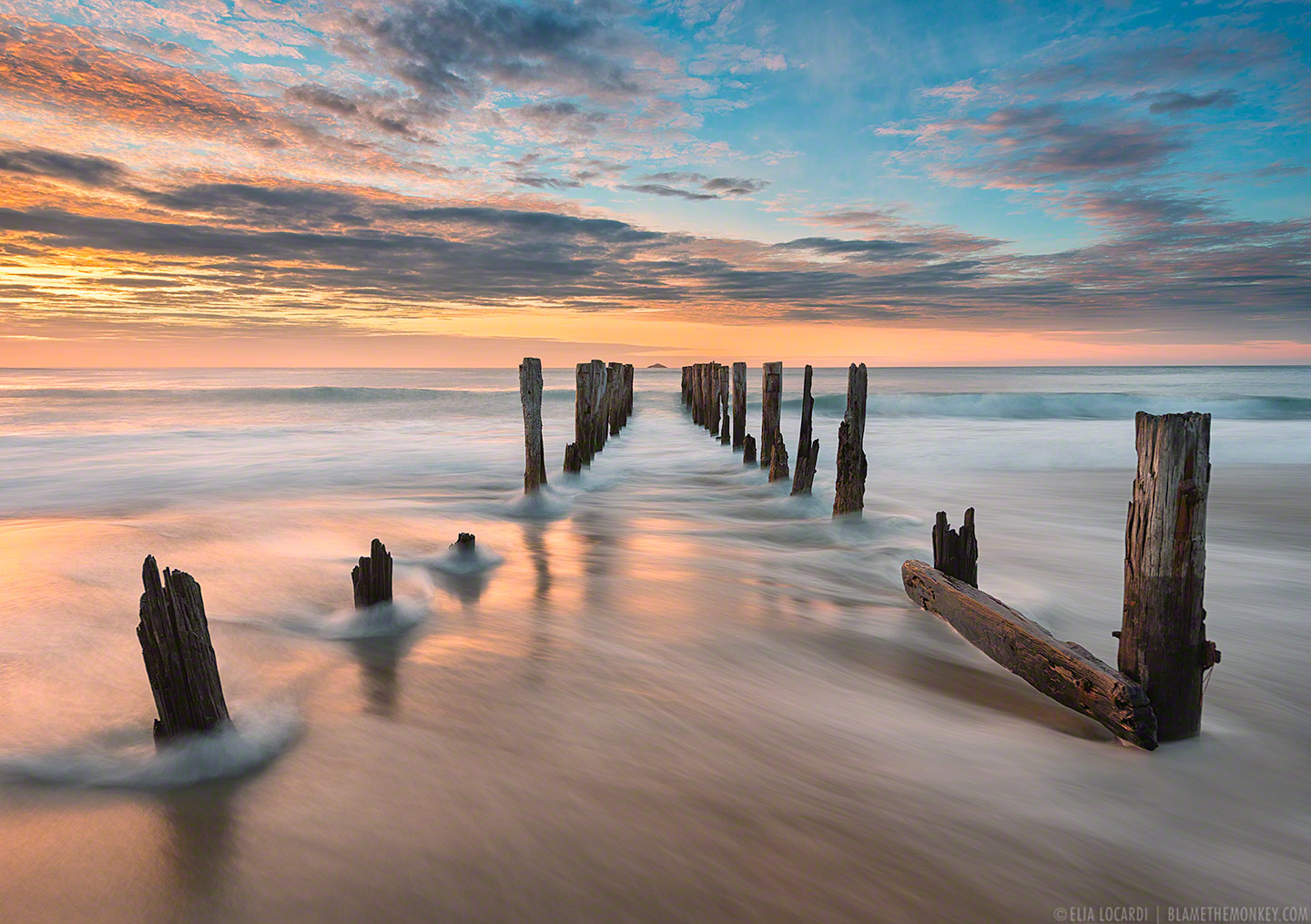 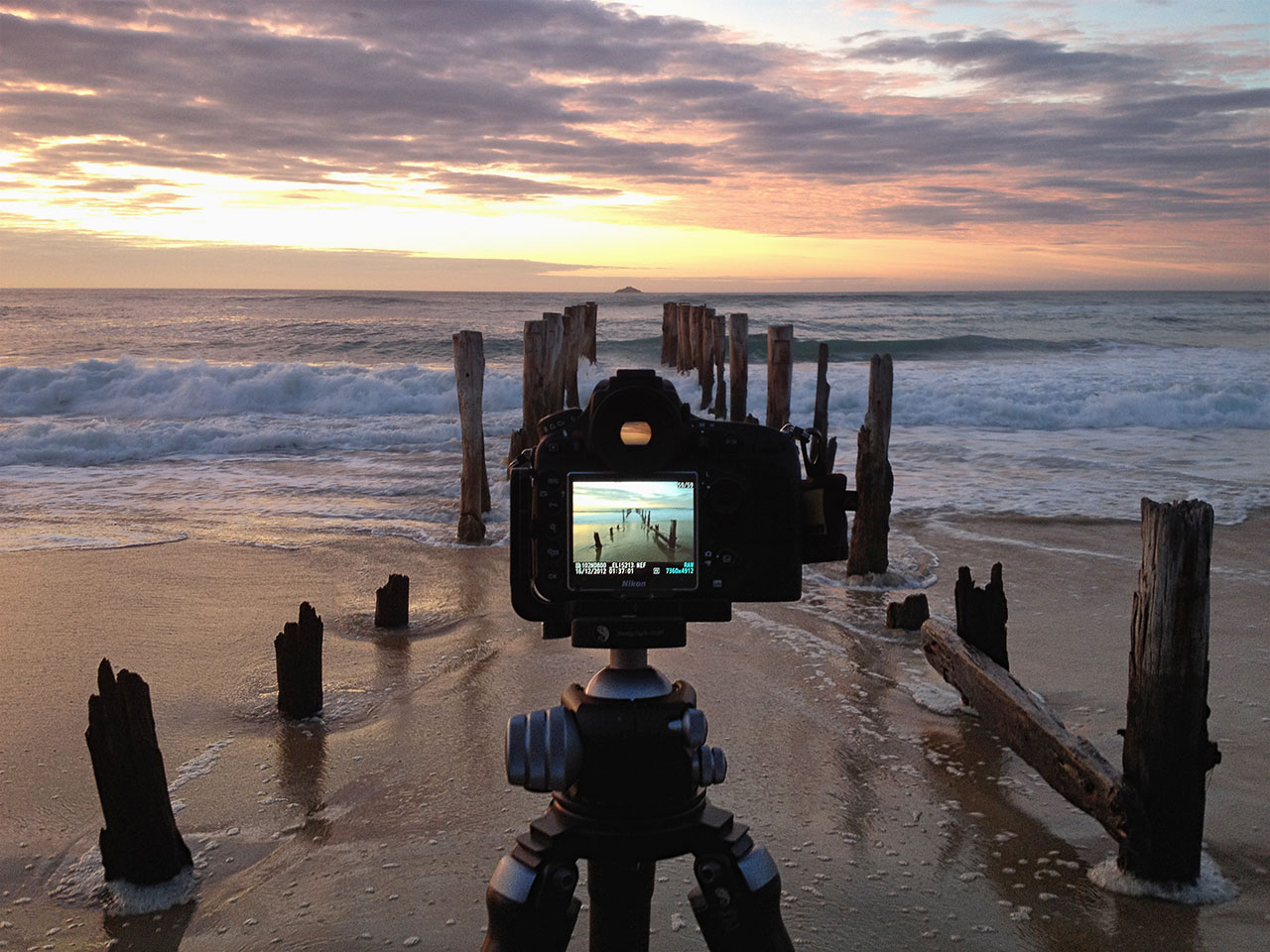 Shooting this location with such a powerful incoming swell granted a wonderful opportunity for composition, but it also made it challenging to shoot multiple exposures. With a sky so vividly bright, I made sure to shoot 5 bracketed exposures before I changed my settings to drag to shutter speeds and capture motion in the water. With 9 out of 10 attempts, the waves rushed in and nearly knocked me off of my feet. I kept working the area though and eventually I was able to come away with a few solid shots.

The majority of this shot is made up of a single RAW file with an additional exposure EV shifted to -2 to correct the areas of blown out sky. Processing was done using a combination of Adobe Camera RAW and Photoshop CS6. Contrast and color correction was done using standard Photoshop Adjustment Layers with some additional help from Google NIK Color Efex Pro 4.

Hardware: 13” Cintiq Companion with some finalizing on a 15” Retina Macbook Pro.

Espresso: None… I was stuck with airplane coffee. If you can actually consider that coffee…

The Pillars of Guell

Memories From The Edge Pt. 1